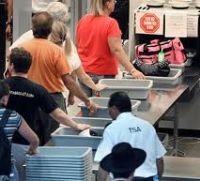 The Government's South East Airports Taskforce published its final report last week, proposing that when Heathrow has problems both runways should be used to try and reduce delays.  In other words take-offs (and landings) could be accommodated simultaneously.

Trials of the new measures will be run over the autumn and next summer.

Plans were also announced for consultation with a view to switching to smarter, more effective and passenger-friendly airport security regimes for all UK airports.

This involves not only on how each individual airport deals with its passengers in respect of the physical side of the security system, for instance whether belts and shoes need be removed, but also the technical/equipment aspect.  Does a relatively low volume operation such as Liverpool need to invest in the same very expensive security equipment as used at Heathrow with its far higher throughput?