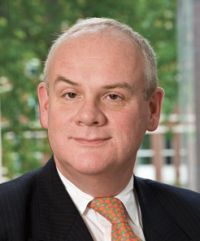 Last week the top floor of City Hall was the setting for an air transport briefing sponsored by the Mayor and hosted by the Deputy Chairman of Transport for London, Daniel Moylan.  A distinguished panel also included Richard Hadfield, Director General – International Networks and Environment DfT and Dr Michele Dix, an expert in urban planning representing the Greater London Authority.

Mr Hadfield encouraged all attendees to make sure that their voice was heard in response to the Government’s scoping document with a September deadline.  The consultation results are made public next March.

Michele Dix gave a fascinating review emphasising that four out of every five trips to and from the UK are made by air, showed how London was losing out to Continental gateways in terms of air routes and that “A New Airport for London Part 2” would be published in the autumn.

Tim Clark, President Emirates Airline, attended and spoke in a positive manner regarding London’s future on the international aviation map regardless of what happens.  He promoted his Heathrow services and those at Gatwick, Birmingham, Manchester, Newcastle and Glasgow.  Mike Carrivick, Chief Executive, BAR-UK (Board of Airline Representatives in the UK) representing the airlines is against the Thames Estuary project. www.tfl.gov.uk