ON THE SOAPBOX: Sir Richard Branson

Each month AERBT will bring you the leaders of the travel industry to give their views as they see it.

Richard Branson was 33 when he launched Virgin Atlantic in June 1984. Now a quarter of a century later he believes that international conniving is out to destroy his airline. 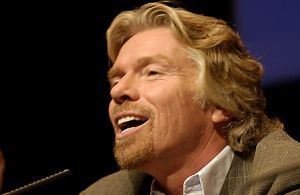 "When Virgin Atlantic was first conceived 25 years ago the choice for British travellers across the North Atlantic was pretty dire.  There wasn't much of it.  Sadly, Laker Airways had folded, Sir Freddie unable to withstand the commercial bullying exerted by British Airways.  B'Cal was not fairing much better even with the assistance of 'Caledonian Girls'.  Within three years it would be gobbled up by BA.

For Americans the situation was pretty bleak.  True, the US carriers still dominated the skies across ‘The Pond’ but Pan Am and TWA were already in a decline which would eventually mean their ruin.

Look at the situation today.  Heathrow is the centre of the airline industry.  Of the top ten routes across the Atlantic, eight are to London Heathrow.  Every airline is trying to introduce a premium economy product.  Flat beds in business class are the norm.  Business lounges are getting better (but we keep one step ahead) and our British competitor is again considering a black cab ‘chauffeur’ service.  In all of these breakthroughs we, Virgin Atlantic, were first.

The Answer is very, very easy.

We had to be innovative and ground breaking.  We kept everyone on their toes.  We survived a dirty tricks campaign and a limit of just 3% available slots.

And we kept the fares down.  We still do.

Today we have 38 wide-bodied aircraft flying to 30 destinations around the world.  We employ 9,000 staff and have more aircraft on order – including the innovative and highly fuel-efficient Boeing 787-9.

BA is seemingly in freefall.  Qantas does not want them.  Iberia is worried about its proposed tie up.  Continental didn't want to join BA.  Air France has grabbed KLM and Lufthansa has already taken SWISS and Austrian, with Brussels Airlines and bmi likely joining the stable.

In desperation British Airways solicits American Airlines with a proposed merger in all but name.  The result for passengers, employees, communities and for fair and healthy competition, would be disastrous.  The only possible winners are the disgruntled shareholders of the two carriers.

Should this unification go ahead BA and AA, together with their oneworld partners, would hold nearly half of all take-off and landing slots at Heathrow, and even more importantly have the flexibility to use them to their best advantage.  Against our paltry allocation BA/AA would also control most of the capacity on key routes.  These are the figures as stated by OAG:

BA argues that it needs to link up with American because SkyTeam and Star Alliance are dominant at their hubs.  But the fact is that even BA on its own is already bigger between Heathrow and the US, the busiest air corridor out of Europe, than Star is from Frankfurt or SkyTeam is from Paris – and that's even before it gets together with American.  Heathrow accounts for nearly a quarter of all passengers travelling between Europe and the US.

The first attempt to merge BA and AA was led by Robert Crandall, the former Chairman and CEO of American Airlines.  Even he has now seen the light.  He said in a Daily Telegraph newspaper article recently:

"Any objective observer would have to look very hard to find a way in which alliances have benefited consumers."

And he repeated the same views to a conference in California last week.  Even AA's former friends are turning against it.

What a change of stance from the days when Crandall was actually running American Airlines in 1996 when he said "the BA/AA alliance will benefit travellers on both sides of the Atlantic."

Bob Crandall knows in reality that BA/AA is a step too far.  His former airline has long agreed that immunised alliances aren't a pure blessing, particularly when the Air France-Delta link-up cut off AA's connecting traffic at Paris.  Yet AA is now trying to argue that alliances are great for consumers, ironically employing The Brattle Group to help it.  Brattle has found, conveniently, that alliances are good – a complete u-turn from when it concluded alliances were bad, the last time it worked for AA!

Of course there is an element of self-interest in Virgin Atlantic's opposition to BA/AA – the proposed alliance would impact on our ability to compete fairly on some of our most important routes – but there is a much wider consequence.  At Heathrow, competitors cannot challenge BA's dominance and where there is less competition, BA and American will be able to increase fares on the most important air corridors in the world.  In fact, if granted, immunity will ensure that the two largest transatlantic players will be pretty well joined at the hip. So, the regulators need to show more than ever that they are guarding consumers' interests.

Protecting monopolies is not acceptable to passengers who end up paying higher prices.  And it shouldn't be acceptable to regulators.  Nothing has changed since 2001 when they last looked at these plans, and demanded BA give up hundreds of slots at Heathrow.  How can they require anything less if nothing has changed?

What is before the regulators today is the future of a competitive international aviation industry.  The latest BA/AA application isn't about what consumers really need, it is about two increasingly lonesome management teams.  Virgin Atlantic may not be the first choice for everyone, but at least it offers true and important competition.

The application by BA/AA should not be decided on emotion or past letters of support.  It should be decided on the true facts.  When this recession is over, we need an industry we can be proud of.  An industry that promotes competition, creates jobs and brings real benefits to consumers."

Virgin Atlantic is still red hot in its 25th birthday year. Winner of Best Scheduled Airline to the USA, and Best Airline Business Lounge, find out more at www.virginatlantic.com/stillredhot