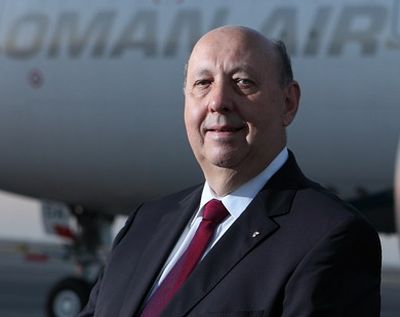 Peter Hill has been CEO of Oman Air for exactly three years and has succeeded in creating an airline of note, even within the competitive Gulf States.  Oman Air recently beat such worthies as Singapore Airlines in the Skytrax awards taking first place in the Business Class seat category.  Peter joined from Sri Lankan Airlines which he had built up as a top quality carrier over a period of eight years.

When the world went into economic meltdown a couple of years ago, my initial thoughts were that the timing could not have been more unfortunate.  Oman Air was just one year into its transformation from modest regional carrier to luxury international airline and there was much talk within the industry of the recession sounding the death knell for premium travel.  Fortunately, the pessimists have largely been proved wrong.

That is not to say that the recession has not presented a series of challenges – and the continuing uncertainty continues to do so.  But it has also brought some benefits that we could not have predicted when, three years ago, I and my team in Muscat embarked on our mission to create a niche luxury carrier that could carve out and sustain its own space within the air transport market.  We aimed to build an airline that would not only act as an ambassador for the Sultanate, but also contribute to its economic development by promoting the country as a distinctive destination and bringing increasing numbers of visitors to enjoy Oman’s legendary hospitality, awe-inspiring landscapes and rich culture.

At that time, Oman Air operated a small fleet of Boeing 737 aircraft, supplemented by two ATR42 turboprops.  Our network covered a range of destinations, predominantly across the Middle East and Indian sub-continent, and served Oman’s local and ex-pat communities and a relatively small – but growing – number of tourists.

Three years on, the airline looks very different.  We have introduced a brand new fleet of Airbus A330s, with unprecedented levels of space and comfort, Business Class and First Class seats that offer direct aisle access and convert to fully flat-bed seats, state-of-the-art in-flight entertainment systems and the world’s first in-flight mobile phone and wi-fi connectivity package.  We have also started to introduce Embraer 175s to our regional routes, providing superb comfort for our customers and greater flexibility for our route planners.

Our expanded fleet serves an expanded network and we have almost doubled the number of cities we fly to from Muscat, each carefully chosen both to provide exciting destinations for our customers and to draw increasing numbers of travellers to Oman.  From the regional network we operated just three years ago, we have moved to a truly international one that includes London and four other destinations in Europe, 15 across the Middle East, 19 destinations in Asia and three in Africa.  We will be launching new services later this year to Europe and Asia and recent codeshare partnerships extend our reach to Aberdeen, Edinburgh, Manchester, Belfast, Hong Kong and a number of other destinations in South East Asia.

The rapid development of our network has, at times, depended on our ability to spot an opportunity and to move quickly to secure it.  The downturn has also played its part here, with desirable airport slots becoming available as a result of other airlines’ contraction – we were able to move our London base from Gatwick to Heathrow in just such a manner.  We have also been able to agree deals for a range of support services at far more favourable rates than we might have achieved in times of prosperity.

But, in increasing our size, we have been careful not to lose sight of the importance of the passenger experience and, in matters of quality it is the detail that counts.  We have paid attention to every step of the passenger’s journey with us, from introducing debit card payment and online check-in to designing award-winning amenity kits and regularly changing our a la carte in-flight menus. We have opened stunning new Business Class and First Class lounges at Muscat which, in addition to their serene ambience, fine dining and up-to-the-minute business areas, offer complementary massages to ease away the strains of long distance travel.  In addition, First Class passengers at Muscat can now use the lounge-to-aircraft limousine service before settling into their enormous mini-suites and flying on to their destinations.

Whilst the search for perfection is never ending, we are now close to achieving what we aimed for three years ago.  Oman Air is well established, has a unique identity, continues to increase its revenues and is a genuine expression of Omani hospitality and culture.  And our customers appreciate not just our competitive prices, but also our commitment to offering the very best in air travel.

In addition to the array of industry awards that have come our way, and following Oman Air’s upgrading by Skytrax to Official 4-Star Airline status earlier this year, we have just won Best Business Class Seat and Staff Service Excellence: Middle East categories of the World Airline Awards.  Also known as the Passenger Choice Awards, these are voted for by customers and, as such, are a true indication of an airline’s worth.

We may have faced enormous challenges along the way, but we now truly embody Oman Air’s slogan of Modern vision, Timeless traditions.