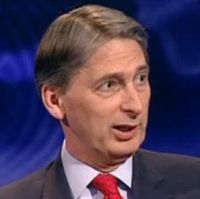 As AERBT was being distributed at midnight British Summer Time the latest ash problem resulting from the eruption of a volcano in Iceland seems to have dissipated.  Two million passengers are expected to pass through British airports over what is a Bank Holiday weekend.

The good news follows a week of controversy in which a whole series of regional flights were cancelled with airline chiefs accusing the Met Office of putting out misleading information.  Transport Secretary Philip Hammond is bound to come under questioning and deep scrutiny when he speaks to the airline industry next week at London’s Aviation Club at the Institute of Directors.  Members will undoubtedly want to know if the authorities panicked.

British Airways and Iberia joined the clamour over the handling of the volcanic ash cloud after claiming that a BA test flight "found nothing" after flying through a smoke plume deemed by regulators to be too dangerous for normal commercial flights.  Panic headlines by the national media and general misinformation certainly had a down effect on the travelling public. www.caa.co.uk