Luton is a City or a Town? 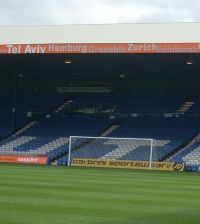 easyJet is backing Luton in two ways.  Britain’s second largest airline, based at the airport of the same name, is much to the forefront of a campaign to rename the whole conurbation as the City of Luton (Luton City International Airport?).

At the same time the airline is the shirt sponsor of Luton Town Football Club, where controversy reigns as to whether the club need alter its moniker should the whole place change its designation.

In the meantime the soccer team has more important issues at stake, including promotion to the Football League, many in agreement that next Saturday’s (21 May) match v Wimbledon is the most important in the club’s 125 year history.

easyJet is doing its bit by offering the team a three day-beachside holiday in Barcelona if they win.  The airline flies twice daily from Luton and in total comes into Spain’s second largest city from 16 points in Europe. www.easyjet.com www.lutontown.co.uk