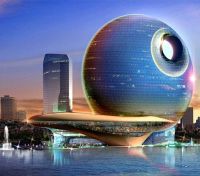 Three more diverse routes it is difficult to imagine, but Qatar Airways announced simultaneously last week services from its Doha hub to Baku (Azerbaijan), Tbilisi (Georgia) and Entebbe (Uganda).  The three new routes will be operated with Airbus A320 aircraft in a two-class configuration of 12 seats in Business Class and 132 in Economy.

Daily non-stop scheduled flights to Uganda’s second largest city of Entebbe are due to begin on 2 November, marking the carrier’s first new route to the African continent since early 2007.  Four weeks later, effective 30 November, the airline expands into Central Asia introducing daily non-stop flights to Baku, which continue onto Tbilisi, the capital cities of Azerbaijan and Georgia respectively.

The statement comes as the carrier prepares for a busy few months ahead with the launch of scheduled flights to Shiraz, Venice and Montreal in June; Kolkata (Calcutta) in July; Sofia in September and Oslo in October. www.qatarairways.com