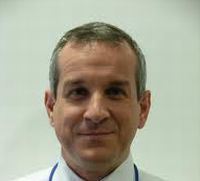 Nick West, current Chairman of the Aviation Club of the United Kingdom, has joined Raytheon UK as Communications Director responsible for a broad range of marketing and communications activities.  For the last seven years he held a similar position with Boeing UK.

Nick was educated at Wymondham College in Norfolk, and served with the Royal Marines, initially with 40 Commando in Northern Ireland.  He trained as a helicopter pilot with the Army Air Corps and then flew Lynx helicopters with the Commando Brigade Air Squadron for four years, including a five-month period as the detachment commander in Belize and saw operations in Kurdistan during the relief operation Safe Haven in 1991.  In 1994 after passing the Junior Command Staff Course at Sandhurst, he served as a second in command and Company Commander, as well as Intelligence Officer on the 45 Commando Northern Ireland tour in Fermanagh.  As a Royal Marine Captain he concluded his service time with the Directorate of Naval Staff Duties in the Ministry of Defence.

Nick is one of the few to have actually flown the new Boeing 787 simulator at Crawly.  “They gave me a hard time,” he said. www.raytheon.co.uk