ON TOUR: Astana - Capital of Kazakhstan

Astana is one of the world’s most astonishing cities.  Whilst it was officially founded in 1824, and before that merely a village, in 1997 Kazakhstan President Nursultan Nazarbayev decreed it to be the capital of the world’s ninth largest country.  Eminent Japanese architect Kisho Kurokawa was called in to design a 21st century city.  In 1999 the population was 281,000 and by 2010 it had reached 700,000.   The prediction is for one million by 2030.

Whilst the government agencies and embassies quickly located as soon as their new (and impressive) homes were ready this has not been the case for businesses.  They remain steadfast in Almaty, still very much the trading centre of the country.

It is interesting to make a comparison with similar city pairs around the world.  Washington is the capital the USA but New York remains the commercial hub, Brazil has Brasilia, whilst the real work goes on in Sao Paulo, and Switzerland’s official centre is Bern.  Geneva and Zurich can fight it out as to which is the real capital.

Astana is unique.  It is in the middle of a desert to start with.  And as noted above it has no history.  Yet both Air Astana and Lufthansa fly daily from Frankfurt, whilst British Airways ignores Kazakhstan completely.

Instead of our usual review for this week only AERBT offers a pictorial tour of the city with no past. http://kazakhstan.embassyhomepage.com 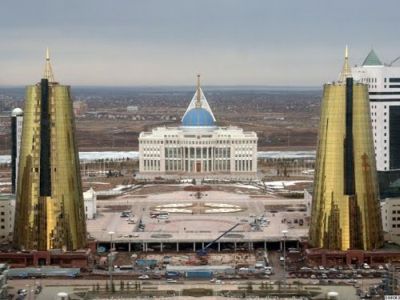 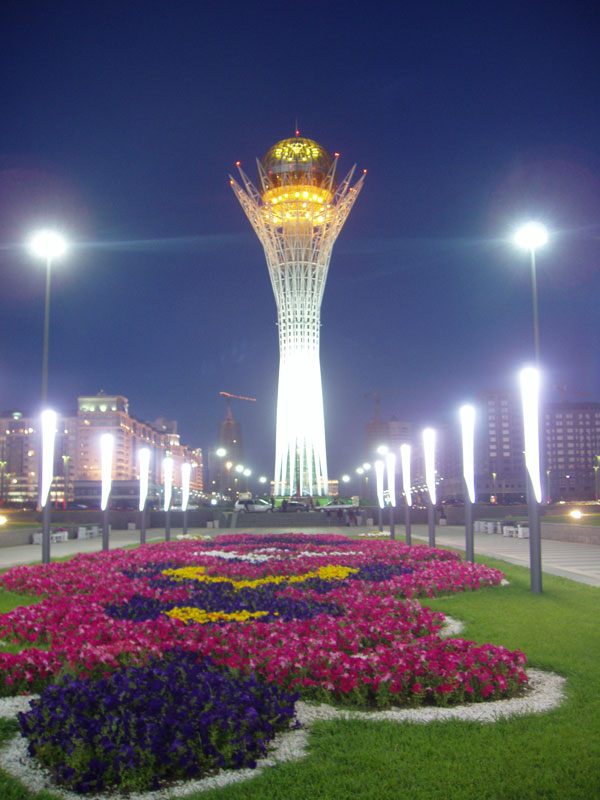 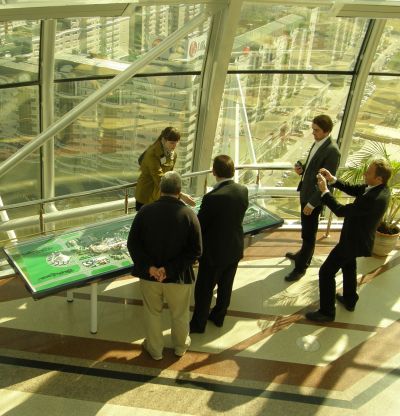 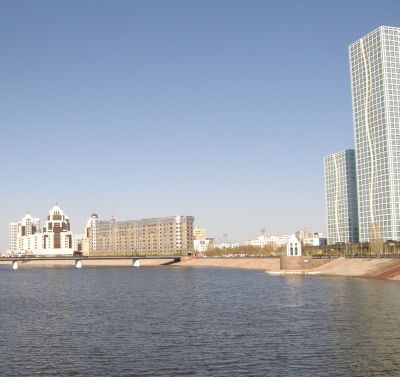 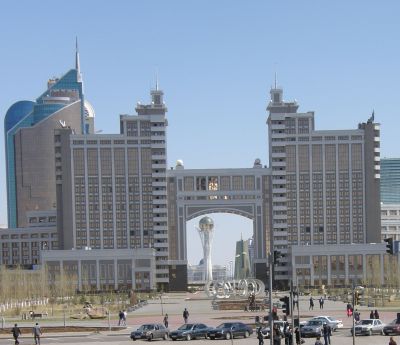 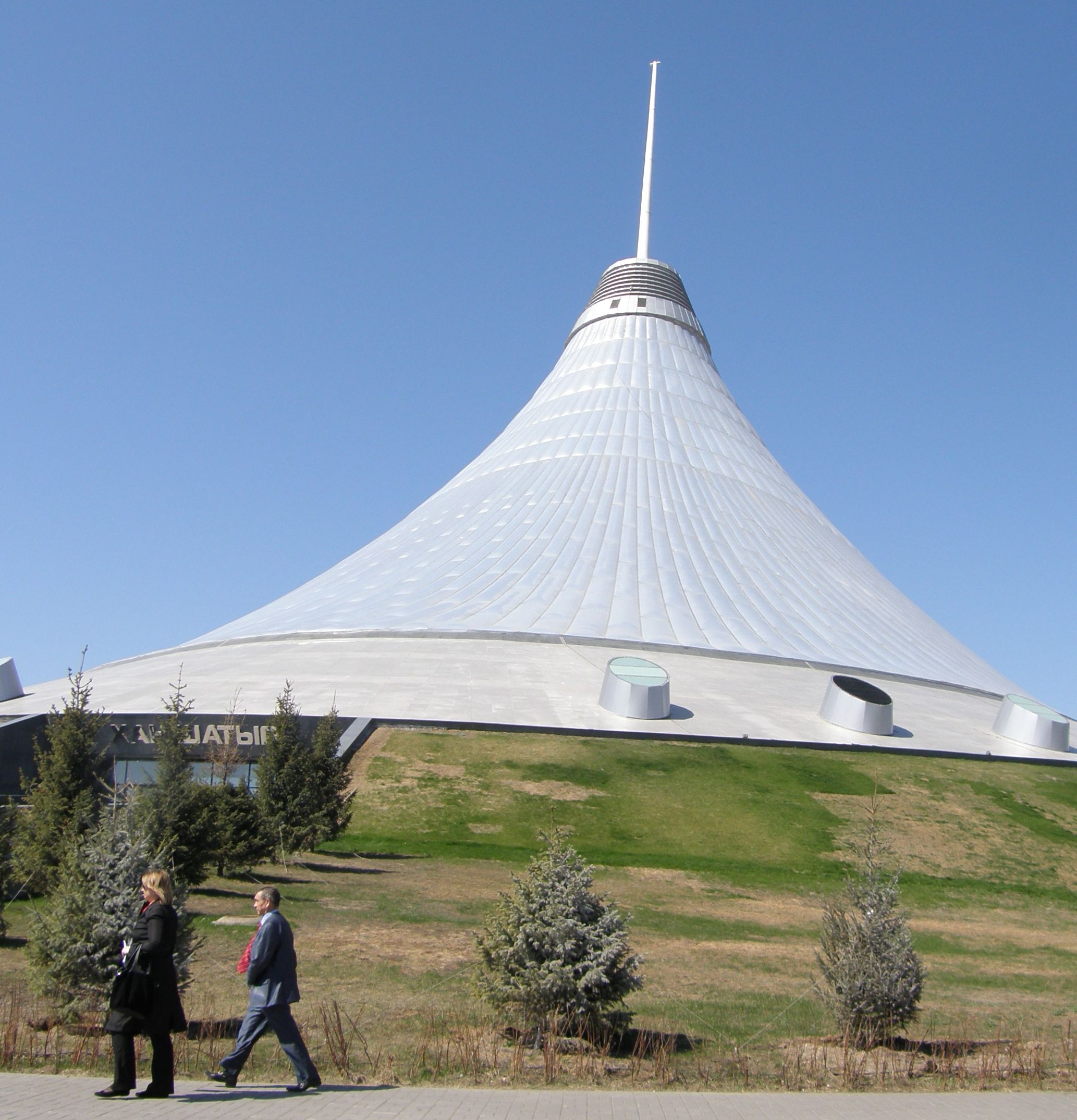 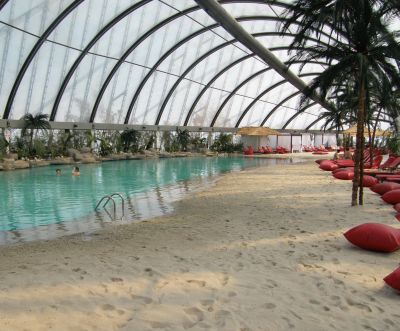 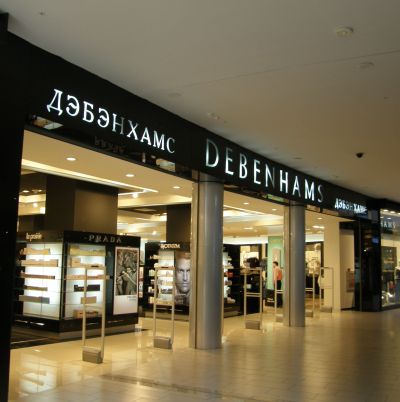 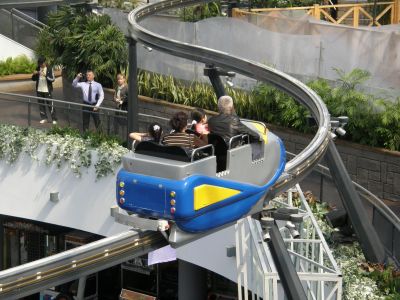 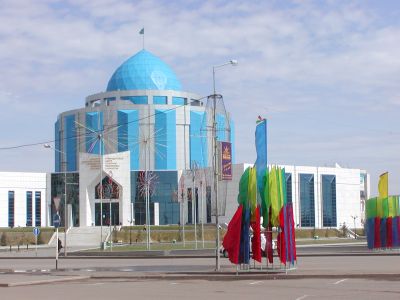 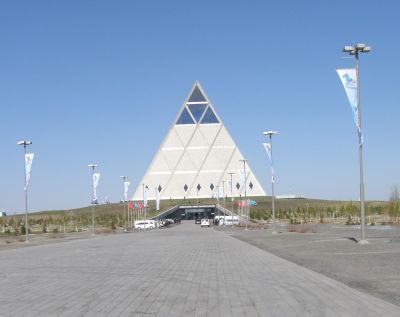 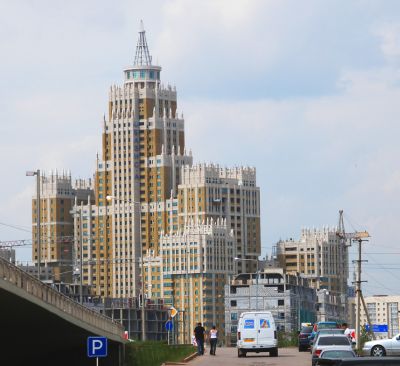 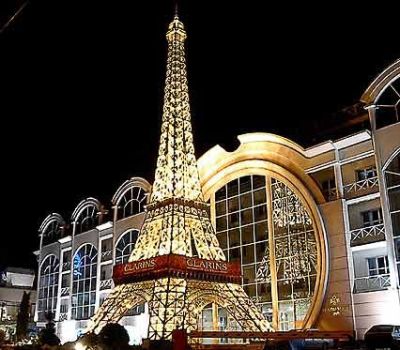 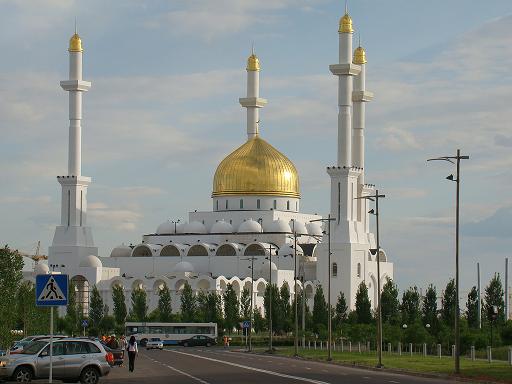 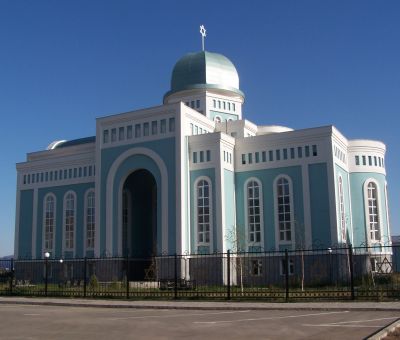