Cardiff and Manchester pull-out for bmibaby 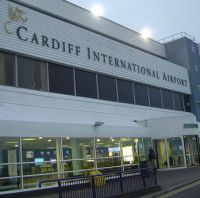 Low cost carrier bmibaby is to pull out of Manchester and Cardiff airports at the end of this summer and focus on expanding at other UK regional airports instead.  This is more of a blow for the Welsh airport than Manchester where sister airline bmi, British Midland International has a significant presence.

Bmibaby will switch two aircraft to Belfast City Airport, from where it will offer new routes for summer 2012 to Alicante, Faro, Ibiza, Malaga, Palma and plus a new year-round service to Amsterdam.

Birmingham and East Midlands airports will gain a further aircraft each for summer 2012 and route details will be announced shortly, says the airline.  Bmibaby currently has a fleet of 14 Boeing 737-300/500 series aircraft. www.bmibaby.com