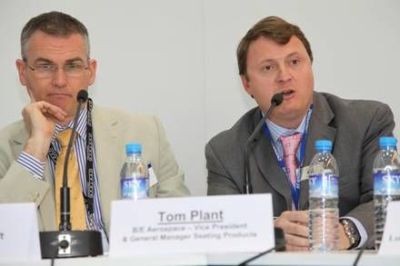 Premium Economy is here to stay, seats may have reached the limit of their ‘thinness’ and the IFE (in-flight entertainment) market could be about to experience seismic change.  This was the opening day’s message at last week’s Aircraft Interiors Expo, its tenth exposé at Hamburg Messe.

An industry panel set any scepticisms about Premium Economy/Economy Plus firmly straight by confirming that it is not only here to stay but may hold further opportunities to be explored.

Alex Hervet, Long Haul Products Director at Air France, said that 600,000 passengers had already flown on the airline’s Premium Voyager service since its launch in late 2009 and that the airline now has Premium Voyager across 90% of its fleet. “Next month we are receiving our fifth A380 aircraft and this will be the first one to have Premium Voyager onboard.”

United Airline’s Director of Product Marketing, John Yeng, backed this up saying: “There is big potential out there for Premium Economy.”  He added that feedback from the airline’s Economy Plus area showed that passengers were scoring this service significantly higher than traditional Economy in terms of rating the overall travel experience.

Figures published show that for every four passengers who fly for business purposes, three of them are in Economy seats – pointing to a significant growth potential for this segment of the cabin space.

Legroom and seating was also raised as an issue.  Airbus Head of Aircraft Interiors Marketing, Bob Lange, said that he felt it was now mathematically impossible to make seat-backs any thinner than the latest products already offer. 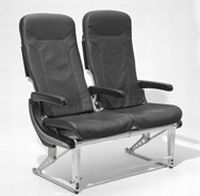 Tom Plant, VP & General Manager Seating Products at B/E Aerospace said that he thought it was entirely possible that a 28 inch pitch could become standard for economy use in the future, thanks to the latest seating technology.  He said: “The challenge is still long-term comfort in that area – a true judge of how comfortable a seat is means it needs to still be comfortable after three months, six months and a year’s worth of use – if it’s still comfortable after that then you have a great product.”

In the in-flight entertainment arena, Lumexis’s CEO Doug Cline, noted that IFE was getting ready for another seismic change with new companies coming into the market with innovations – the big question was who was going to survive?  He said: “Suppliers have to drive down to the lowest cost of purchase, the lowest cost of maintenance and highest levels of reliability.”

Bob Lange commented that cost was also a major factor for airlines saying that the annual costs to maintain IFE could be as much as an aircraft engine. “It’s important for airlines to make the right decisions from the beginning,” he said.

John Yeng added: “There are many companies with emerging IFE technologies – we are looking for partners that can offer reliable products that can be delivered to market in the quickest way.”

A new rest room on board 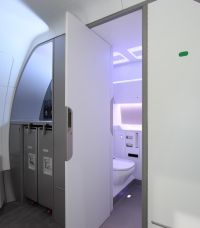 With all shows it is difficult to find one outstanding item from many that are innovative and may well make their way into production.  However a market research mock-up of a space-saving rear toilet and galley concept for the Airbus A320 Family caught the eye.

Called Space-Flex, the concept makes more efficient use of the volume at the rear of the cabin.  The result: two rest rooms plus a galley can now be accommodated in this space, offering airlines the possibility to install up to three more revenue-generating seats in the cabin and/or to improve seat pitch. One of the Space-Flex lavatories provides full access for ‘Persons with Reduced Mobility’ (PRM) through a simple conversion process: an industry first on a single-aisle aircraft. 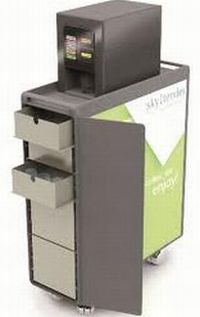 Other innovative new products demonstrated include a drinks trolley that could revolutionise the way beverages are served on board aeroplanes.  The Sky-Tender has been developed by SkyMax and Air-Eltec Luftfahrtelektrik and can produce up to 30 different drinks including tea, coffee, soft drinks, wine and beer – at the touch of a button.  The system has excellent green credentials because it will significantly reduce the amount of bottles and cans that are traditionally needed for each drinks service.  Less waste means a saving on weight and also frees up storage space on board.  It also means a speedier service – drinks are delivered quickly by the automated system – and airline staff no longer need to rummage around in trays looking for a passenger's preference.

Seat specialist Recaro introduced its new Economy Class seat Basic Line 3520.  The company says it has managed to significantly reduce the weight of each seat unit to less than 11kg – making it 30% lighter than the previous model.  This was achieved by combining high-tech materials with intelligent design.  Another key feature of the new seat is that it offers passengers more living space by including a higher literature pocket which is positioned above the tray table instead of in the knee area. 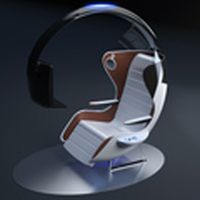 Contour Aerospace was showcasing a futuristic video gaming station concept.  Known as ‘Not For Wimps’ the concept was developed in conjunction with Factorydesign and features a dramatic arc of composite Kevlar and carbon fibre that curves over the top of a bucket seat creating a personal canopy feel.  Ideal for passengers looking for a serious gaming experience during a long Business or First Class flight, the seat includes a state-of-the art monitor and gives the impression of being almost cocooned from the rest of the cabin; speakers are integrated into the top edges of the seat and active noise cancellation is built-in to avoid the necessity for headphones, although they can be worn if preferred.

Will ‘Not For Wimps’ make it into a scheduled airliner of the future, we shall see? Hamburg Messe is a shop window for the industry and rather like its motoring equivalent Geneva, not every thing you see is for real.  But that is ‘show business’.