ON TOUR: ITB shows optimism, positivity and an electronic future for travel 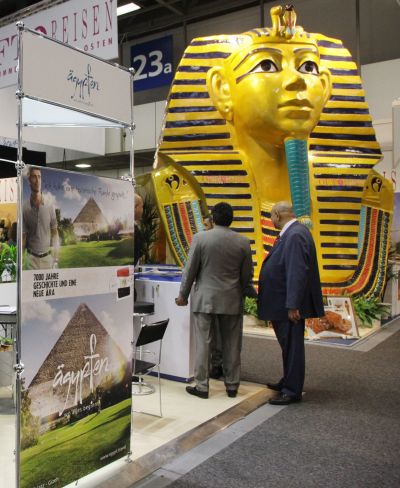 More than 170,000 visitors, 11,000 exhibitors, and over 7,000 journalists attended in record numbers this year’s international travel show, the 45th ITB in Berlin.  At what is arguably one of the largest international travel exhibitions there was a positive buzz in the 26 show halls as delegates and exhibitors from over 188 countries demonstrated an optimism not seen for a number of years.

Organisers of the conference bore out the buoyant atmosphere reporting deals worth over €6bn had been conducted over the six-day gathering.  The United Nations World Tourism Organisation (UNWTO) re-enforced the positive outlook predicting an increase in international tourist arrivals of between 4% and 5%, although the recent political unrest and the natural disasters are expected to affect short term predictions.

Whilst ITB is predominantly a German show, visited by thousands of business and public delegates alike, this year saw 40% of the attendees coming from overseas, the highest ever number.  The vast halls were filled with a mix of businesses from destination representation companies through to the national airlines and everything else in-between along the value chain. 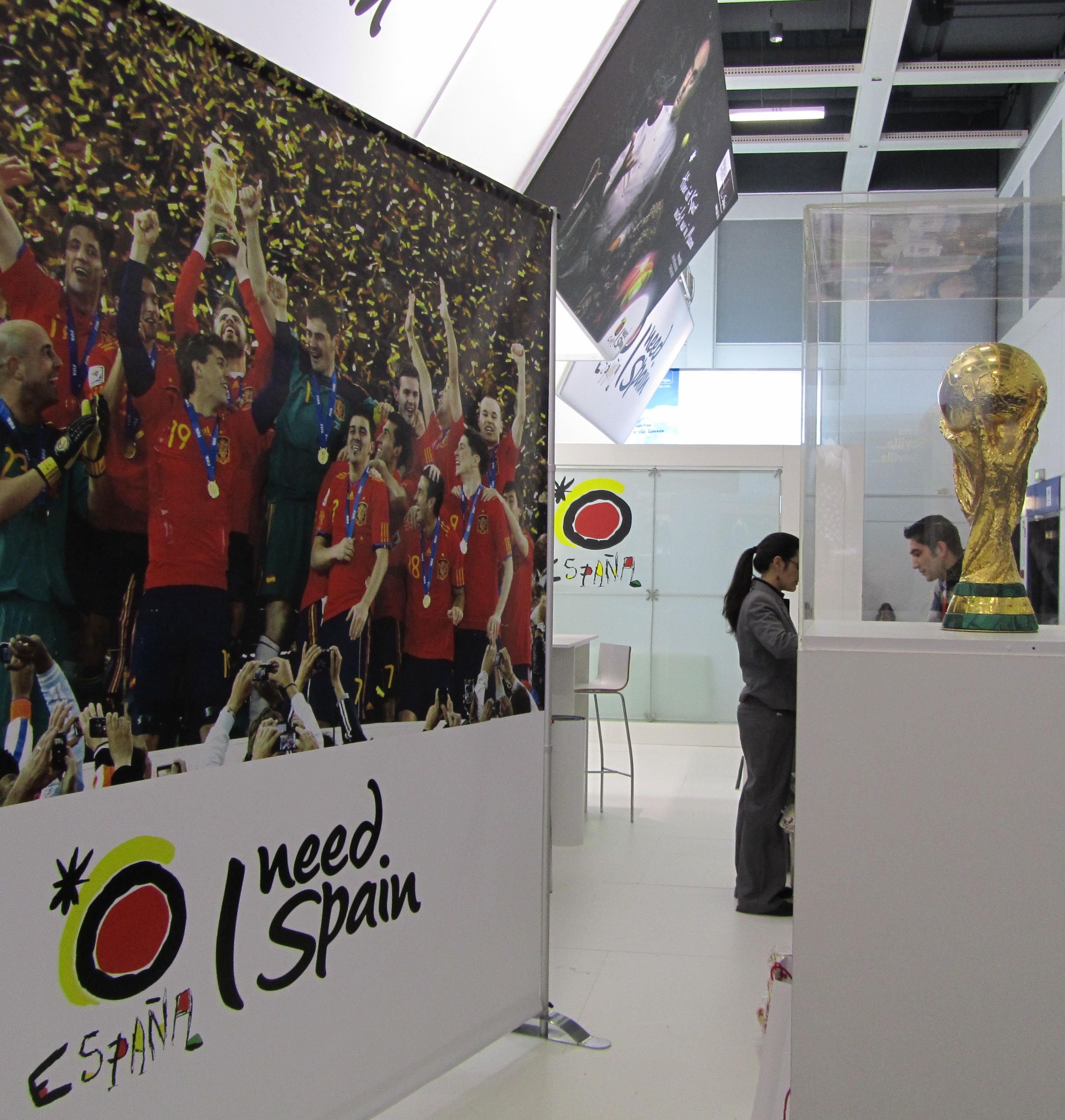 New highlights at this year’s show included the introduction of three days of electronic media seminars which attracted thousands of delegates who listened and debated the subject of how Web 2.0 would affect the industry.  Debate from companies such as Vodafone, Voyavo from the USA, TouristMobile, Clanmo and mvolution, centred around the efficacy of mobile solutions and if apps are really going to change the way people research and book travel.  Social media was also a key topic, and undoubtedly the social networks were deemed to be essential marketing platforms and increasingly influential in the purchasing decision.

Along with the ever popular destinations of France, Italy and Spain which were all seeing increased demand from the German market again, the central and Eastern European halls were teeming with visitors.  Patrick Bohl, Head of Airline Strategy and Development for Budapest Airport, the region’s central hub for aviation travel commented: “We’ve had a very good exhibition, lots of new contacts have been made.  This is a great conference as business gets done, and the networking opportunities enable you to pick up news and information you’d miss out on sitting in your office.”  Budapest Airport was promoting their newly opened SKYCOURT terminal that will double the capacity for passengers travelling through the airport.

Airlines in general were upbeat.  Emirates demonstrated their new Airbus A380 product which enabled visitors to experience the on-board lounge and view the spa shower which was greeted with a positive response.  Air Berlin. explained their network expansion which is developing through  partnerships with airlines such as Finnair, American Airlines and S7.  Joachim Hunold, CEO Airberlin, said the announcements “were all met with a good response and are evidence of our efforts to continue to expand this business sector.” Air Berlin also announced their aim of making flights more environmentally friendly in 2011 by reducing fuel consumption to a record low of 3.5 litres/100 passenger kilometres. 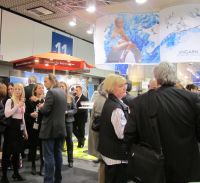 Qatar Airways, which recently launched a Budapest to Doha service, were also upbeat about their expansion plans for the future.  Chief Executive Officer of Qatar Airways, Akbar Al Baker, confirmed the Middle Eastern airline’s commitment to route expansion and fleet growth saying: “We are targeting 120 destinations within the next three years, and will have 120 aircraft by 2013.”  The aggressive route expansion will see the airline’s 100th destination added in April when flights commence from Doha to Shiraz (Iran). Hot on the heels follow Venice and Montreal, the airline’s first Canadian destination.

Further east the troubled countries of North Africa maximised their attendance by convincing delegates that they were open again for business. Egypt launched a new ad campaign arguing that change in political process makes the destination an even more attractive place.  It was also confirmed they would be the partner country for ITB 2012, taking the place of Poland who at this year’s show demonstrated their diverse offering of cultural and natural treasures as well as showing off their venues for the upcoming Euro 2012 championship.  The former President of the Republic of Poland, Lech Walesa, was a popular visitor to their stand.

However one of the quietest booths in the halls was that of Libya where there was a much reduced team on hand to deliver the message that Libya is a fascinating place.  “The pictures we have here do not do our country justice,” said one of the team.  “We know that when tourists arrive their expectations are exceeded, we really do have the wow factor which is important for future tourism.”  The team were stoic about their current situation arguing that they know the problems will end and perhaps then there will be even more opportunity to put Libya on the tourism trail.  “We are doing OK at the moment because whilst the oil workers have moved out the hotels are busy catering for media,” they commented optimistically.  The presence of Iraq, exhibiting for the first time since 1966, was noteworthy and other welcome return exhibitors included São Tomé & Príncipe, Sierra Leone and the Democratic Republic of the Congo, last seen at ITB in 1993.  Whether this indicates an increased tolerance from the travel world, or the genuine desire for the new regimes to promote tourism, remains to be seen.  The Japanese earthquake and tsunami clouded the mood and unsurprisingly the Japan stand was closed from the midday on the Saturday of the show for their national day of mourning. 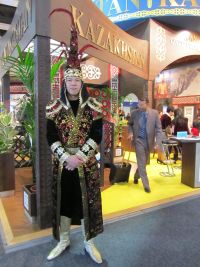 International politics were strongly represented with national delegations from 94 countries attending.  Political presence was probably best demonstrated by the holding of the first ever “UNWTO Silk Road Ministers’ Summit” which focused on development of the ancient trade route.  Kazakhstan’s national carrier Air Astana, along with other central Asian countries is actively seeking ways of providing access to start points along the route.

For the German market 2011 onwards looks like seeing an upturn in outbound tourism.  What is not so certain is how political strife, natural disasters and changing socio-economic situations will affect the rest of the world’s travelling patterns.  ITB 2012, which takes place between 7-12 March, will no doubt have much to review, and to look forward to. http://www1.messe-berlin.de/vip8_1/website/Internet/Internet/www.itb-berlin/englisch/index.html