ON THE SOAPBOX: Mike Carrivick - Chief Executive of BAR UK 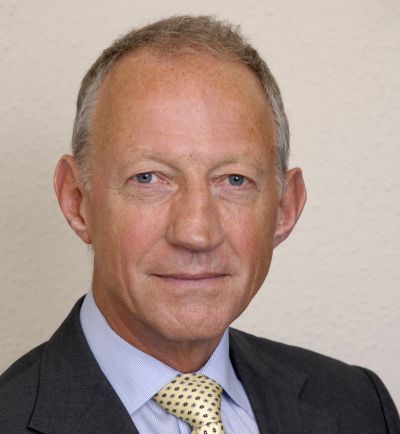 Mike Carrivick is Chief Executive of the Board of Airline Representatives in the UK (BAR UK).  Mike is a total airline man having started his career at BEA in 1965, spent 20 years with Qantas followed by a short interlude with Brymon Airways, then Maersk DFDS Travel and finally IATA before his appointment as Chief Executive of BAR UK in 2004.  In this role he represents the interests of all scheduled airlines flying in and out of the UK and their dealings with the Government and Opposition in aero-political matters.

The 2011 Budget – And yet another consultation

It is perhaps indicative of the state of things when the best we can hope for as an industry is ‘no change’ in the Budget.

Representing 86 airlines, the Board of Airline Representatives in the UK (BAR UK) has been at the forefront in lobbying Government to make the right aviation policy decisions.  Despite endless feedback from industry leaders and experts over many years, and even a costly but ultimately ill-fated Government ‘white paper’ on aviation, we now head into yet another consultation which delays the introduction of the visionary policy the country needs.

Aviation tax, or Air Passenger Duty (APD) as the Government prefers to call it, is one of many in a long line of policy issues which continue to impact upon our industry.  If APD policy was to be judged in school report style, it would definitely be a case of ‘must try harder!’

Let’s start with the positive part this year.

The industry should take some delight and comfort from the fact that, collectively, it worked together, through the ‘a fair tax on flying’ campaign www.facebook.com/afairtaxonflying and got a great result: APD rates are frozen until 2012.  In today’s fragile marketplace, that’s a win!

From a BAR UK perspective, the other positive outcomes were the Government’s acknowledgement that Per Plane Tax proposals are recognised as unworkable and that international transfer passengers would not be charged APD.

The new consultation on APD announced by the Treasury includes proposals to levy tax on passengers in private jets, examine options to re-align the current banding system, and reconsider the rate for Premium Economy Class.  The consultation closes on 17 June.

However, looking to the future, the Chancellor is determined to bash the industry even more.

For example, the ‘freeze’ is not all that it appears to be.  The Budget document states ‘The Government will also freeze Air Passenger Duty rates for 2011-12, with the RPI increase assumed in the forecast deferred to April 2012.’

What’s being said, in other words, is what you get away with this year (despite no increase ever having been announced) we’ll get back from you next year.

These exorbitant increases further threaten the industry, will add substantially to the costs of holidays for the public, and continue to affect the economies of several overseas nations that rely on British tourism.  They also continue to conflict with the Government’s own objectives of economic growth and increased numbers of international visitors.

Consequently, the entire industry must continue its pressure on the Government to finally get it right, not regard aviation as a cash cow, and to create the correct environment for aviation that will allow UK industry to remain internationally competitive and prosper.

The campaign’s objectives are clear, and contain five tests that have to be assessed.  They can be summarised as follows:

The baseline is that the UK still levies the highest aviation taxes anywhere in the EU, and the revenues raised already outstrip the industry’s costs of emissions.

No tax has the right to decimate an industry, which the current aviation tax threatens to do.

Even before the Budget 2012 is published, Treasury intends to impose two compounded inflationary increases to all APD rates.  Athletes and visitors to London 2012 will find it even more expensive to visit this country.  We don't want to deter them from coming, and we want them to return in the future.

Let’s be clear that aviation is not going to stand idly back and watch its work be slowly eroded by economic policies.  It will continue to lobby Government as long as necessary.