Budget to involve all air travellers 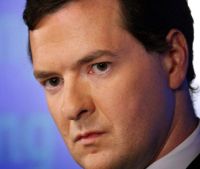 Air travellers from, through and within the UK, all received a mention when the British Chancellor of the Exchequer revealed his 2011-2012 tax plans (The Budget) to Parliament last week.  Air Passenger Duty (APD) will not be increased this year but business jets and helicopters (over 5.7 tonnes) are to be taxed in the future.

The Government has abandoned plans to charge APD on a per-plane basis, rather than per passenger.

Being introduced is a consultation on whether the tax should be on a country basis, as present, or the distance flown.  Likewise the situation regarding the increasingly popular Premium Economy products and what duty band they should sit in.

The Treasury has set a date for comments by 17 June.  What Chancellor George Osborne made very clear was that the aviation community should not expect any reduction in the tax take, and that the bottom line figure for next year will include lost revenues from 2011-2012, a very daunting prospect.

HM Treasury has issued a comprehensive 44-page document setting out all the details of the consultation. http://cdn.hm-treasury.gov.uk/2011budget_airpassenger.pdf