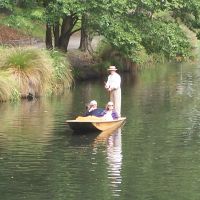 Air New Zealand (ANZ) and its personnel have been heavily involved with the aftermath of the unprecedented earthquake that shattered the rural city of Christchurch.  The airline says that schedules will have returned to normal by today (Monday 7 March).  In what was an unpredicted move ANZ offered family members from as far away as the United Kingdom special fares well under those currently available.  Within New Zealand a domestic standby price of NZ$50 (£23.51) one way on direct services to/from Christchurch is available on a stand-by basis until the end of the month.

ANZ said that it has helped support emergency services with vital transport links; moved more than 45,000 people out of Christchurch; and donated around 25 pallets of food, bedding and toiletry items from it own warehouses.  Every type of aircraft in the fleet was utilised.

Air New Zealand says that if people would like to make a donation to the relief efforts the British Red Cross has set up a New Zealand Earthquake appeal. www.redcross.org.uk