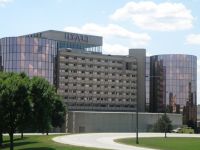 Hyatt is to open its first Andaz hotel in Asia in the summer of 2011.  Located in Xintiandi, a landmark entertainment area in the heart of downtown Shanghai, the newly constructed 24-storey building features 307 guest rooms.

“The addition of the Andaz brand in Shanghai, which has three Hyatt hotels today, marks an important milestone for Andaz and we expect Andaz Shanghai to become the brand’s flagship in the region,” said Steve Haggerty, Global Head of Real Estate and Development for Hyatt Hotels Corporation.  “Andaz Shanghai will be a spectacular addition to the Andaz family, which has six additional properties under development in key gateway cities and resort destinations around the world.”