ON TOUR: Israel and the Galilee 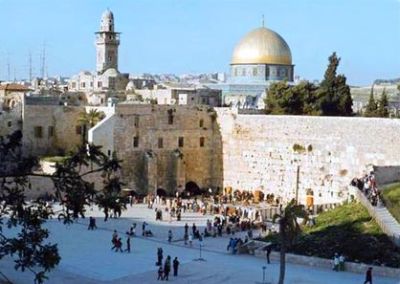 It is true that the Scots over the centuries have explored just about every point on earth and one is never surprised to come across a connection with Edinburgh in say Hong Kong or Ushuaia at the lowest point of South America.

But in Tiberius on the Sea of Galilee in Israel?  And very very Scottish.

It was in 1999 that the Church of Scotland decided that a redundant mission and former hospital in Tiberius, the ancient capital of the Galilee, should have a future life as a hotel.  And not just any hotel, a 69-room boutique property to the highest standards and a living memorial to a family from Airdrie who devoted their lives to the care of all in the land where Jesus Christ had preached 2,000 years before.

In 1884 Dr David Torrance came to the city with its background of Hebrew, Roman, Druze, Crusaders and (later) British occupation.  The mission he and his family developed became the city hospital and latterly a school. 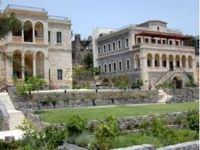 The Scots Hotel opened in 2004 and uniquely combines the 19th century basalt buildings with a modern and up-to-date property of international standards.  When planning the hotel, great emphasis was placed on conserving the character of the compound by producing a synergy between new and old and creating an atmosphere of serenity and mystery.  The interior decoration combines the historical character of the buildings with the comfort required from a 5-star property.  There is internet, a spa, and in the summer a splendid pool overlooking the Sea of Galilee.  The food is exceptional, and not kosher, which finds favour with travellers used to bacon and eggs in the morning and not the usual (generous) non-meat Israeli morning offering.  Entertainment is provided also although during his visit your scribe found it difficult to reconcile a Scottish atmosphere with English and Hebrew as the main languages with a musical show staged in Yiddish. 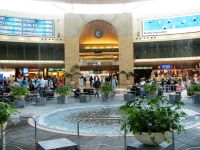 Getting to Israel is easy and you do not need a visa.  There is only one gateway airport Ben Gurion, and it is as modern as any.  Direct flight non-stop scheduled flights are available from Manchester (Jet2), Luton (easyJet and El Al) and also Heathrow (BA and El Al).  Alternatively you can also connect via Amsterdam, Frankfurt and most major continental hubs.

No distances in Israel are that great (Tiberius is just over 100 miles from Ben Gurion), the airport has a large choice of easy to locate car rental booths, and you drive on the right on fine roads built to the highest standards.  Whilst there is a military presence it is not obvious and typically in the Golan, to the north on the Syrian border, the local Druze Arabs are prosperous and make you feel very welcome.  Likewise in Nazareth, a tourist town. 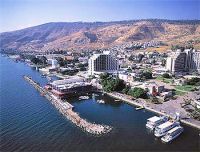 Don’t take your car into Jerusalem.  Either join an organised tour, arrive by train, or use the excellent public bus service.  Nearly everyone speaks English but if you venture into certain parts on the Jewish Sabbath (that is after dark on a Friday, and daylight hours Saturday) you will not be welcome unless carefully adhering to the stringent religious rules.

Jerusalem is the City of David, sacred to Jews, Christians and Muslims, each with its place of testament, The Western Wall, the Church of the Holy Sepulchre and the Dome of the Rock and al-Aqsa Mosque, both off limits to tourist visitors.  Amazingly the new route into the Old City is via the most modern of pedestrian shopping malls with a 5-star hotel at the street end.

A visit to Yad Yashem, the Holocaust Memorial Museum is a must whether you belong to a religion, or are an atheist.  It is a stark reminder of man’s inhumanity to man. 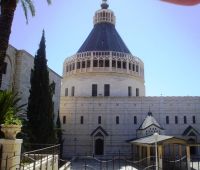 A new tramway is just being completed which will improve getting about.  There is the usual hop-on-hop-off bus tour (recommended) and a whole series of walking tours, probably the best one starting at the Mount of Olives, through the Lions’ Gate, the remains of the Bethesda Pools, and onto the Via Dolorosa, the Way of the Cross.  The Western Wall is all that remains of the Temple of Herod.  It is the symbolic centre of Judaism and all are welcome but do remember to cover your head.  A scull cap, called a kippah, is offered gratis.  Men and women are segregated.  Tradition says you can write a wish on a small piece of paper and place it in the wall crevice.

These days you can go under the city walls too, a very interesting visit.  Probably best to book via the internet before you leave home.

The Scots Hotel sits in the very centre of Tiberius, a bustling market town and an ideal centre for a tour of Galilee and the Golan Heights.  It has a history of over 2,000 years, its name derived from the Roman General who came to power soon after the crucifixion of Christ.  The artefacts of history surround you with a small archaeological garden in the heart of the city.

Yardenit is sited 25 miles south on the slow flowing River Jordan where tradition holds Jesus was baptized by John the Baptist.  Here many take to the waters. 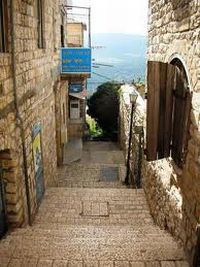 Nazareth is the home of Christ and today is a bustling town with a 65,000 population 75% Arab, the balance mostly Christian.  It is picturesque with winding alleys on a typical Israeli landscape with numerous churches and sites of interest.  Dominating the landscape is the Salesian Church with a statue of Christ on the top.  It is renowned for its stained glass windows and also its acoustics.  It often hosts concerts.  The Synagogue Church is inside the local market and is where Christ studied, prayed and declared himself The Messiah.  The Greek Church has only two windows whilst the Russian Orthodox complex is now the local police station and is also used by the postal authorities.

Safed is one of the great centres of Judaism but is also an artists’ centre and a place to buy jewellery.  It is built on a hill with very narrow streets perhaps the world’s first pedestrian thoroughfare.  One Synagogue follows another.  It is the home of Kabala, Jewish mysticism. 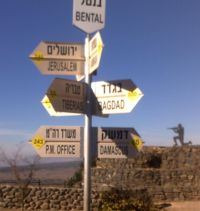 By the time you reach Safed the non-Jewish visitor would have realised that like the other great religions there are different strands, each with its own history and traditions.  Ashkenazi Jews are those for whom the Diaspora was the north of Europe, with Yiddish the vernacular, a European mixture but mainly German and at leastn 1,000 years old.  Sephardic Jews lived for the most part in what are now Moslem lands.

In Israel the official language is Ivrit, or modern Hebrew and dates from the Jewish national movement towards the end of the 19th century.  Classical Hebrew is used in traditional houses of prayer.  It is rather like comparing today’s English with that of Shakespeare.

Israel deserves at least seven days.  And that is just the Northern part without even visiting Acre and the Golan heights.  The Dead Sea, Masada, last fortress of the Zealots and Eilat, the Red Sea resort are another week.  And one can luxuriate on the Mediterranean city that is Tel Aviv, with its beaches, shops, nightlife, cultural and historical venues.  Malcolm Ginsberg flew on El Al.  Kosher food only and a fine airline. www.iaa.gov.il www.elal.com