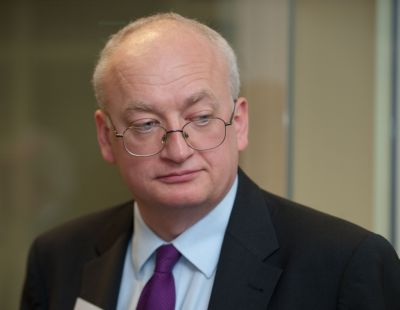 Before founding the independent Nyras aviation business consultancy and investment firm in 2003, Richard Davey was Global Aviation Leader for PWC.  With Nyras, Richard has undertaken major business restructuring and transaction assignments for a wide range of airlines, airport groups, aviation services companies and industry investors.  Based in the City of London Nyras undertakes assignments around the world.

Way back in the depression of the early 1970s, a frustrated airline chairman famously borrowed some words from Lewis Carroll’s, Alice Through the Looking Glass to describe the state of air transport:

‘A slow sort of country……it takes all the running you can do to keep in the same place.  If you want to get somewhere else, you must run at least twice as far as that.’

Clearly, there has been enormous – even momentous – change over the last four decades but in so many fundamental ways, the industry is still running on the spot.

Take, for instance, the crippling aero-political framework in which airlines have been prohibited from normal commercial development.  Sure, we’ve seen progressive deregulation in many market areas but the industry has still not been able to achieve effective global liberalisation.  To outsiders, the fact that airlines cannot undertake the sort of international merger and acquisition that other sectors – banking, telecommunications, automotive and even airports – take for granted is baffling.

What about the global alliances, you might ask.  Fine, they have evident worth but aren’t they are just interim substitutes for the proper, meaningful cross-border consolidation most major airlines are crying out for?

The legacy, or mature, airlines that make up the alliances are still collectively and individually trying to address the age-old problems of too much capacity; too much cost; not enough profit; achieving the right scale and coverage; and sheer survival.

Right now, the industry is awash with rumour about future deals between airlines – merger and acquisition seems the obvious strategy for both types of carrier.  That’s very easy to say but extremely difficult to achieve effectively in the aviation industry.

However, it is important to avoid the ‘smoke and mirrors’ behaviour that can often accompany M&A activity.  This can be a serious business hindrance – delaying action to address fundamental problems within the business, diverting management attention from the core business and failing to address implementation issues.

The deal process is the exciting part and people can get seduced by that activity.  Implementation is difficult to get right and this is often not considered until after the deal is done – no deal should be considered until there is a clear idea of what the combined business will look like and how long it will take to implement.

I believe firmly that a vital resource for any airline in a period of seminal restructure is honest and straightforward advice that does not gloss over the problems but searches for the right solutions.  It’s not a case of telling clients ‘what they want to hear’ but of concentrating on ‘what they need to hear’.  Indeed, it is essential that advisers have the knowledge of the aviation industry and the hands-on implementation experience to give well informed advice and develop solutions that will work – generic solutions that have been applied in other industries may, unfortunately, not work in this unique industry of ours.

Given the fact that mergers and acquisitions are incredibly difficult to pull off in the aviation industry and restructuring of airlines is fraught with problems, a priority for many airlines is the requirement for honest, independent, down-to-earth advice – even if this means telling clients that a course of action or a particular deal is the wrong solution.

It’s a jungle out there and the industry needs realistic and brave management supported by honest and competent advisers.  Here’s how I see it in a nutshell:

• Some of the smaller legacy airlines in limited markets will exit as funding dries up and be replaced by other carriers.

• Weak airlines sitting on significant markets will merge with or be acquired by stronger rivals.

• Non core activities – such as MRO – will be spun out and financial investors could be available to take them on.

• Airlines with cash on the balance sheet will look to deals underpinned by strategic rationale to take advantage of the uncertainty.

If done well, consolidation provides opportunities for the brave and now, with minds focussed on economic problems, is a good time to seek regulatory approval.

Airline managements require to be brave and realistic as they grapple with the challenges that our industry throws up and need to ensure that they have honest and knowledgeable advice if they really want to move out of that slow sort of country and get somewhere else.