Peter Joel of Pan Am passes away 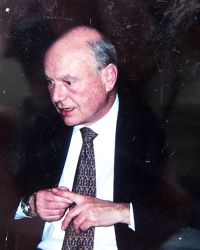 One of life's true gentlemen Peter Joel was Pan Am’s British PR man at the time of the Lockerbie air disaster.  With the airline’s Directors literally locked up in their Grand Central New York office his task was unenviable but even that he carried out with dignity.

Peter's career began as a reporter at the Surrey Comet which led to posts on other papers and journals including Travel Trade Gazette.  In the 1970s he joined Pan Am as Public Relations Director, Pan Am UK.  He was a past Chairman for the Airline Public Relations Organisation (APRO).

Peter went through Pan Am’s Tenerife airport disaster and then the living nightmare that was Lockerbie, a pivotal time in so many respects: the speed of communication, terrorist activity, mass media interest.  Peter was in the thick of it with none of the support and training that airline staff receive today.

Peter carried that trauma of Lockerbie with him for the rest of his life and suffered poor health for some years before his death.