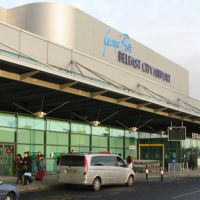 In 2010 the UK’s 57 scheduled service airports moved 214m people, a drop of 3.4%.  Heathrow with 66m passengers virtually held its own against the previous year, the only one of the major operations to do so.  The CAA figures were published last Friday. In 2007 the record figure was 240m.

Of the significant regional operations of interest to business travellers George Best at Belfast was the only airport to increase business with numbers up by 4.5% to 2.7m nearly the same as London City, which was down only 0.6%.  Belfast International again was a major loser with 4m passengers passing through, down 11.6%.  In 2007 5.3m used the airport.