ON TOUR: The Future of the New York Region 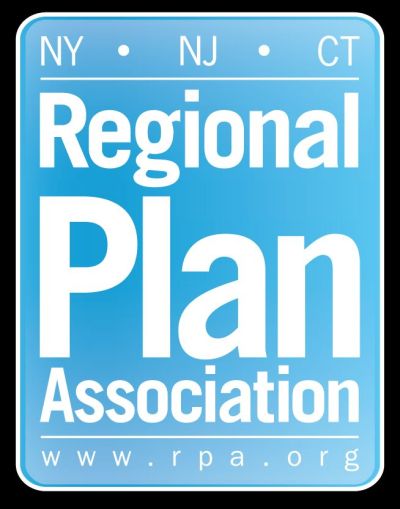 Just a week after Mayor Boris Johnson published his report on the need for additional airport capacity to serve London, the 60th floor of Chase Manhattan Plaza, offering panoramic views over a snow clad New York, was the venue for a conference bringing together hundreds of top business, civic, philanthropic, media and government leaders to listen to the Regional Plan Association (RPA) reveal the results of its two-year study into the future of the New York Regions airports.

Headlined “Upgrading to World Class”, and drawing on inputs from a wide range of experts, stakeholders and members of the ‘Better Airports Alliance’, the RPA study comprehensively examines New York’s long-term airport requirements in a way the coalition government in the UK seems determined to shy away from at all costs. 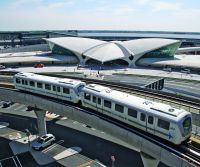 Starting with the key priority of addressing the numerous bottlenecks that cause the delays for which JFK, Newark and La Guardia are notorious, RPA’s study also looks forward some 20-30 years to the infrastructure that will be needed as underlying demand is projected to increase some 50% from its current 100mppa (million passengers per annum).

The report examines numerous options to meet these objectives and many have the potential to make a small incremental contribution including: shifting air passengers to higher speed rail within the densely populated North East coastal corridor.  Using secondary or outlying airports.  Encourage flying at off peak times when there are less capacity constraints.  Use of larger planes on thick high frequency routes to free up slots.  But none of these alone, or in combination, are panacea.  Rather RPA concludes that two remedies stand out, and they were discussed at length at the conference attended by some 300 delegates. 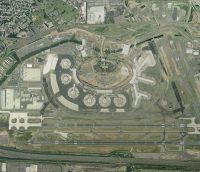 The first is to implement technological investments and operational and procedural changes that would transform the US and New York air traffic systems.  By modernizing air traffic control, planes can be safely spaced more closely together when landing and taking off, thus substantially increasing airport capacity from existing runway infrastructure.  Work is underway by the FAA with its deployment is expected in phases, first by 2018 and then in 2025.  But federal funding is not assured, and the airlines must re-equip their aircraft to make it work.

But whilst this might be able to address capacity needs for the next five to ten years, RPA’s work concluded that reconfiguring Kennedy and Newark airports and adding new runways still provide the greatest potential for increasing capacity and reducing delays.  Expansion of La Guardia (the former flying boat base and New York’s inner city airport) is not possible without huge impacts on surrounding communities. 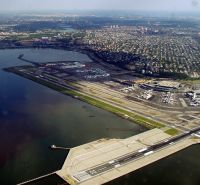 Apart from the thoroughness of the work, which certainly provides a model for London to follow, and the similarity of many of the problems facing New York’s airports system to that serving London, the most notable aspect of the conference was the wide-ranging support for tackling the problem.

The Port Authority of New York and New Jersey will certainly face opposition to some of the proposals as a result of their impact on local communities, surface access systems and wildlife reserves, but the importance of having a ‘World Class’ airport system to serve London’s principal rival for the crown of the world’s top ranked city was recognized by the vast majority of the conference delegates.

Perhaps this ‘strategic competitiveness’ agenda is something the UK Government needs to start factoring into its thinking or very quickly London will not only lose its world leading city status, but will very soon be overtaken by the many competitors that aspire to this crown and do not so readily disavow the importance of international air transport connectivity in securing and maintaining it. www.rpa.org