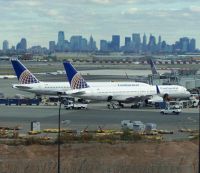 John F Kennedy and Newark, New York’s two major airports must be expanded and redesigned to handle the area's growing transport needs, according to a new report.

The number of airline passengers in the New York region is expected to surge to 150m by 2030 from 104m passengers, said the report by the Regional Plan Association, an urban research group, partly funded by the Port of New York and New Jersey which runs the airports.  London by comparison moved around close on 130m passengers with a much larger international proportion.  It is not feasible to expand LaGuardia Airport, the report said.

The region needs to add 78 flights per hour during peak periods, up from 236 now, the report said.  It also noted that by adding capacity, delays would be reduced.  "The crucial link between air travel and economic prosperity is threatened by a lack of adequate capacity in our aviation system," wrote RPA President Robert Yaro in a statement accompanying the report. www.rpa.org