Highlands and Islands look forward to a better year 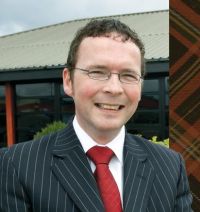 Inverness-based Highlands and Islands Airports Ltd, 100% owned by the Scottish government, is looking forward to a better 2011 than 2010.  It was hit hard by the Iceland ash problem and also very heavy snow at both the beginning and end of last year.  However it does say that lessons learnt with the first weather problems enabled a far better handling of the December difficulties than was anticipated.

In 2010 passenger numbers over the ten airports it operates was down by 12% to just over one million.  The failure of Highland Airways in March did not help matters.  Dundee Airport, which was taken over from the local city council in September 2007 is causing concern, with question marks over the service to London City Airport, considered a lifeline route.  The former Suckling/Scot Airways service is now operated by CityJet using a VLM Fokker 50 but heavy charges at the London end may mean a reduction of London flights and rescheduling for the summer season.

At Inverness the airport will offer a 24-hour opening from September, which should help to attract freight operations, and its use by transatlantic business jets.  At the same time a new business park is due to open. www.hial.co.uk