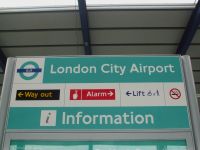 London is undergoing a massive transport restructuring, much of which is expected to be completed by the time of the 2012 Olympics.  Crossrail will not be completed until later into the decade.

Presently most weekends work is taking place somewhere on the system which includes the Tube, London Overground, Tramlink and DLR.  Transport for London (TfL) is urging everyone to “check before you travel” allowing extra journey time where necessary.

Latimer Road is now closed for three months.  At weekends the Bakerloo Line from town stops at Queens Park, the Circle Line is suspended completely, as is the Hammersmith & City Line, the Jubilee Line between Stanmore and West Hampstead.  Cannon Street is shut on Saturdays.  The District Line will not run on Saturdays between Embankment and Dagenham East and on Sundays between Earl’s Court and Dagenham.

The Metropolitan Line is suspended between Harrow-on-the-Hill and Aldgate all weekend and passengers are advised to use the Chiltern Railways service to/from Marylebone.

The Overground has closures too and the DLR is suspended to London City Airport.