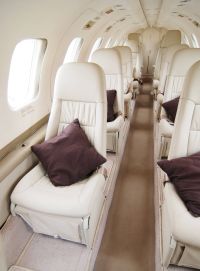 Aeronova, the Valencia-based specialist business aircraft operator, is to base a 14-seat Fairchild Metro III at Birmingham Airport.  Operating since 1996 the company has now grown its Metro fleet to six aircraft of the type.  The Metro fits in neatly between the larger Jetstream 31/32 and the much smaller Cessna 421 and Piper Navajo series.  It is fully pressurised and has a cruising speed of around 300 knots.

Aeronova is probably best known for its comprehensive ad hoc cargo charter operation but in recent times has been increasing its passenger operation which is now 20% of its work.  Birmingham, with its well located general aviation set-up and excellent motorway connections, was chosen as the ideal UK operational base.

Basil O’Fee of Northpoint Aviation, who has been appointed as the UK and Irish passenger charter GSA for Aeronova observed: “This aircraft fits in nicely.  Small to medium sized groups currently are forced to commit to much larger solutions than required, and this 14-seat option will be greatly welcomed in the UK market.”  He noted that a further Metro, in 18-seat configuration, was available from Lydd in Kent most Tuesdays and Thursdays, due to other current commitments. www.northpointaviation.com