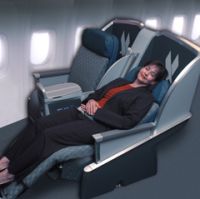 Manchester is expected to get an all year round service to both Chicago and New York following moves by American Airlines.  Such was the popularity of AA’s summer seasonal Manchester – JFK route introduced last May, the airline says it will relaunch the flights and turn them into an all year round operation.  American will compete with Delta, who are established with a daily service.

As an additional bonus, the departures in both directions have been re-timed by over an hour so that they will now depart Manchester earlier and leave New York later, making for better onward connections and giving more time in the Big Apple.

The route will be operated by two-class Boeing 757-200 with 16 passengers in Business Class and 166 in Economy.  As American’s second non-stop daily flight to the US from Manchester, it will complement the existing Chicago route which celebrates its 25th anniversary of operation in 2011. www.aa.com