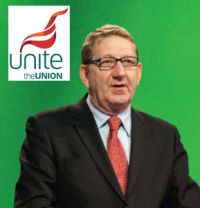 2011 is turning into another 2010 with strike threats from Unite, the trade union representing cabin crew at British Airways.  In a statement last week it said it would ballot members over fresh industrial action in a dispute that has so far cost the airline £150m and much goodwill with the travelling public.

BA said it had drawn up contingency plans that would allow it to operate a "substantial proportion" of its short haul flights, and all of its long haul flights, at Heathrow airport in the event of another strike.

Services at Gatwick and London City would be unaffected.

The ballot will begin on 21 December and end on 21 January.  Action could take place from seven days of that date.

Unite's General Secretary Elect, Len McCluskey, said last month that any ballot on fresh industrial action was likely to get a "substantial" yes vote, somewhat distorting the facts with less than 50% of its members actually bothering to vote last time around. www.ba.com www.unitetheunion.org.uk