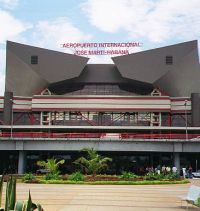 The Cuban National Statistics Office says that Canadian arrivals up to October of this year had increased, while there was little change from Great Britain and a significant drop in Spanish tourism.

Cuba reported 52,455 arrivals from the United States in 2009, but those of Cuban origin were included under a wide separate category of "other."  Local tourism officials said 80,000 US citizens came in 2008, including Cuban-Americans.

The official trade union weekly, Trabajadores, has run a front-page article on the expansion of the Havana airport terminal that receives US flights, saying it would be completed by this Christmas and double capacity.

Legislation that would have lifted entirely US restrictions on travel to Cuba died in Congress this year.  Such initiatives will have even less chance of passage when a new Congress convenes in January, following the Republican Party's success in the November mid-term elections. www.travel2cuba.co.uk