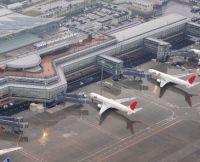 Buenos Aires is the star new daily destination in British Airways route programme for 2011.  Strictly speaking it is not a new route at all as the Argentine capital has been a BA calling point for years.  However flights routed via Sao Paulo and were only three times per week..  From February the airline will operate daily non-stop out of Heathrow the 13-hour flight flown by a brand new Boeing 777-200ER,

On 19 February the airline re-introduces Tokyo Haneda, the route operated via Anchorage before Narita opened.  From Gatwick, Marrakech goes live on 27 March  (three a week) followed the next day by San Juan (twice weekly).  San Diego returns out of Heathrow on 1 June (daily), years ago an extension of the Los Angeles (LAX) service and dropped when the immigration holdups became horrendous.  It was quicker to drive! www.ba.com