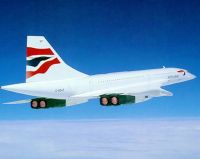 Continental Airlines, whose name is about to disappear following its merger with United Airlines, has branded as "absurd" the guilty verdict by a French court against the airline and one of its mechanics over the 2000 Concorde crash and has pledged to appeal.

Welder John Taylor was given a 15-month suspended prison sentence and the airline was fined €200,000 by a French court on Monday over the crash which killed 113 people.

"We strongly disagree with the court's verdict regarding Continental Airlines and John Taylor and will of course appeal this absurd finding," UK-based Continental spokesman Nick Britton said in a statement.