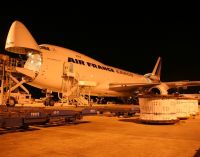 The EU Competition Commission said the cartel was “deplorable” and fined the companies €799m (£688.4m) in total, following a four-year investigation.

Lufthansa, which blew the whistle on the secret deals, was found guilty of price fixing but was not given a fine.  BA said that provision had been made for a possible fine in 2006. http://ec.europa.eu/competition/index_en.html