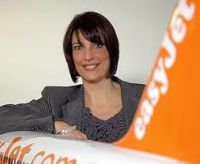 Sir Stelios Haji-Ioannou, the founder of easyJet, and (with his family) its major shareholder, has finally come to a deal with airline’s board which removes the possibility of the Luton-based operation having to find another name.

The new agreement will see Sir Stelios receive 0.25% of the airline's revenues annually, fixed at £3.9m and £4.95m for the first two years, plus £300,000 each year.  Under the arrangement incremental brand revenue earned by the carrier will not be challenged by Sir Stelios.

Previously he had bitterly attacked the airline board's management strategy.  This time around he described the agreement as a "win-win for all concerned".

Easyjet's chairman, Sir Mike Rake, said: "I'd like to thank Sir Stelios for his constructive approach to our discussions over the past week."

The settlement leaves recently installed easyJet boss Carolyn McCall, a former executive at the Guardian newspaper, with a relatively free hand to take the airline forward but with the Haji-Ioannou family’s 37% holding hovering not far away. www.easyjet.com