Tripoli from the UK 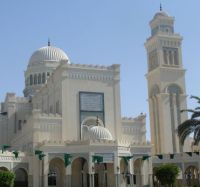 bmi is to launch a daily service from London to Tripoli from 1 December.  It introduced a Heathrow – Cairo service just 18 months ago.  A thaw in UK/Libyan relations, with added business contacts, is thought to be behind the move.  British Airways has operated to the capital Tripoli since 1999.

Libya is also keen to expand its tourism market as the country attempts to rehabilitate its international reputation following the bombing of Pan Am flight 103 over Lockerbie in 1988, which killed all 243 passengers.  However, relations have been strained over the last year following the release by the Scottish Government of the only man ever convicted of the bombing, Abdelbaset al Megrahi, on compassionate grounds. www.flybmi.com