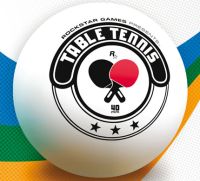 TABLE TENNIS is said to be the world’s most popular racket sport and has been an Olympic event since 1988.  Invented like so many competitive games by the British in the 1800s it was originally called wiff-waff.  In any event a ping pong table has been installed at Heathrow T3 departure area as part of the airport’s on-going efforts to promote the best of British sport and culture.  The table is marked 'Stop and Play' and bats and balls are on hand for passengers to join in the fun.  The table is one of 100 to be installed in key locations across the capital this summer, including the London Eye, Tate Britain and the British Library.  Project, Ping! will aim to encourage a million more people to take up sport by the time London hosts the Olympics in 2012.  After the four-week period, the table will be donated to a local organisation nominated by the staff at Heathrow. www.baa.com