A PREVIEW OF THE GOODWOOD FESTIVAL OF SPEED 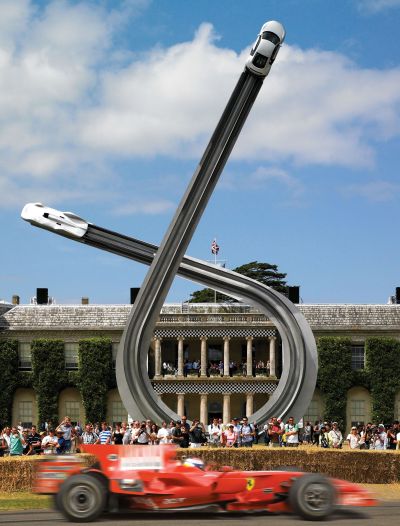 In the 1930s motor sport hill climbing events were all the rage.  They were festival occasions where the poor would mix with the rich, and all would swoon over the cars.  The hills were pretty short, sometimes tricky, but the best drivers shone.

Fast forward to the 21st century and nothing has really changed, not at the “Glorious Goodwood” Festival of Speed.  The millionaire sportsmen helicopter in, the so-called celebrities do their thing, and we all look at the cars.  The main event is the speed hill climb but these days there is the Forest Rally Stage, the finest motor show ever to grace these islands, and even a chance to test drive various cars.

This year the event is even more extended with what is termed “The Moving Motor Show” on Thursday 1 July.  All the exhibits will be in place but it is the 3.2 mile test drive route up the hill and through the Goodwood grounds which will probably attract the largest interest.  Over 20 manufactures are taking part but it does need booking in advance at a cost of £20.  For those with strong stomachs there are also rides in the Bowler Wildcat rally car. 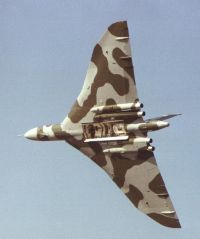 On each day there are a number of air displays but for those who want to see the mighty Avro Vulcan in action this remarkable aircraft will only be overhead on the Thursday and Sunday.

The Festival of Speed is not just cars and an array of famous motorcycles and world-class riders.  It has become the Mecca for all motor sport enthusiasts, and this year to celebrate the main Festival theme – Viva Veloce, The Passion for Speed – there will be a selection of delectable Italian machinery, such as the ex-Phil Read 1974 MV Agusta 500/4, the Cagiva C591 of Eddie Lawson and ex-Loris Capirossi Ducati GP5 'Desmosedici'.  Great Italian World Champions, including 15-time World Champion Giacomo Agostini, will also be in attendance.

With the event, as ever, in the weekend off before the British Grand Prix there will be drivers, current and retired, all over the place.  Stirling Moss and Emerson Fittipaldi, two greats from different eras always make an effort to attend, as does John Surtees, still the only man to capture world championships on both two wheels and four.

The Formula One list is frankly a mouth-watering celebration of 60 years of World Championship.  How many champions will attend?  Will we see Mario Andretti, Jody Scheckter and Alan Jones?  Damon Hill is sure to make it and Nigel Mansel is a regular.

The line-up in the paddock is a true 'Who’s Who' of motor sport celebrating important Grand Prix cars from the last six decades.  Racers from the 1950s will include the championship-winning Alfa Romeo Tipo 159 'Alfetta', Mercedes-Benz W196, Vanwall, and BRM's first winner, the Type 25.  Highlights from the 1960s include the Cooper-Climax T53 'lowline', Lotus-BRM 33, Lotus-Cosworth 49 and Matra-Cosworth MS80. 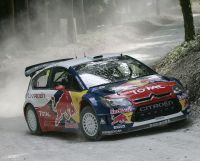 The winged Grand Prix cars of the 1970s include the Lotus-Cosworth 72E, due to be driven by Emerson Fittipaldi and Heikki Kovalainen and the legendary six-wheeled Tyrrell-Cosworth P34.  Highlights from the ground-effect  and turbo Grand Prix eras will include the Lotus-Cosworth 79, Williams-Cosworth FW08 – the last car to win the World Championship powered by a Ford-Cosworth DFV engine, and due to be driven by Karun Chandhok, plus the Toleman-Hart T183B in which Ayrton Senna made his GP debut.

However it is the 2010 Championship line-up that will really catch the eye at the Goodwood Festival.

• McLaren-Mercedes – the MP4-23 will be in action all weekend, with 2008 and 2009 World Champions Lewis Hamilton and Jenson Button at the controls. They will also both be driving the ex-Alain Prost championship winning 1986 McLaren-TAG MP4/2C.

• Mercedes GP – one the newest F1 teams in the pit lane will mark its return to full works competition after a 55-year absence with Nico Rosberg in action, as well as Goodwood hill climb speed record holder Nick Heidfeld.

• Red Bull – after setting the pace through the early part of the 2010 F1 season, Red Bull are amongst the favourites this year, and their car is sure to be a Festival highlight, especially with Mark Webber at the wheel.  Red Bull's engineering genius Adrian Newey will also be appearing in the 2009 Red Bull-Renault RB5.

• Lotus-Cosworth – after a long absence in F1, Lotus makes a welcome return and will be at Goodwood with drivers Jarno Trulli and Heikki Kovalainen.  Clive Chapman and Classic Team Lotus will be very much around with Jim Clark’s Indy winning Lotus 38, and the trend setting iconic Lotus 49.

• Williams-Cosworth – the latest FW32, which will appear at the Festival, renews Williams' relationship with Cosworth, with whom it won four world titles in the 1980s.

Goodwood is a true family day (or days) out with attractions for all ages.  The hallowed Goodwood cricket pitch – where the rules of the game were written at the world's oldest pitch still in its original location – will rock to the sound of 20 car-related songs at the 2010 Festival of Speed.  A display of 20 cars immortalised in each song's title or lyrics will be shown around the pitch, with a troupe of dancers performing around each appropriate car as the corresponding song is played on a special radio show compiled and presented by the legendary disc jockey Johnnie Walker.  This special display supports the exceptional 'Cars, Stars and Guitars' musical 'moments' with top car-loving guitarists set to perform live including Jeff Beck, ZZ Top founder Billy Gibbons and leading American blues guitarist Jimmie Vaughn. 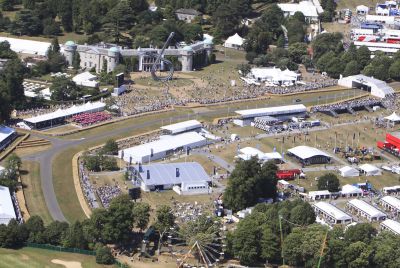