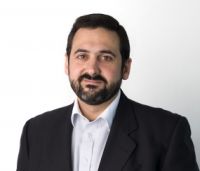 ALEX CRUZ, who created Click Airlines in 2006 and then masterminded a merger with Spanish rival Vueling last year, was in fine form last week explaining to the European media that his "Vueling-to-Vueling" concept (see below) did not break his "keep the cost down" guideline, the connection desk virtually the only ongoing outlay.  Vueling is now Barcelona's biggest operator with 24% of passengers.  At a press briefing conducted entirely in English, Cruz, whose CV includes spells with American Airlines, Sabre and Accenture, the global management consultants, said that 2011 could be a year of consolidation, although a London route, whilst not a priority, was a consideration.  Vueling operates from Bilbao, La Coruna and Seville to Heathrow.  Vueling currently operates a total of 98 routes in 48 airports, all major hubs, of which six (Barcelona, Bilbao Madrid, Malaga, Seville and Valencia) are the company's operating bases. The airline has a fleet of 37 Airbus A320s and expects to fly 11m passengers this year.  The arrival of Ryanair (see last week's AERBT) in the autumn did not seem to concern Cruz, who pointed out that the Irish airline had received no concessions from the airport in terms of discounts, self-handling, and would have to use air bridges, a particular loathing of Michael O'Leary. www.vueling.com