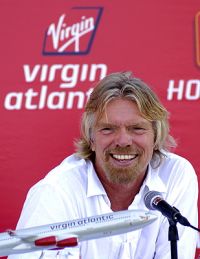 VIRGIN ATLANTIC has introduced a three times per week service between Heathrow and the Ghana capital Accra, operating an Airbus A340-300, with the standard Virgin layout of Upper Class (34), Premium Economy (35) and Economy (171) seats.  It is the Crawley-based airline’s fifth African route and flies in direct competition with British Airways and their previous near monopoly.  Sir Richard Branson used the inaugural to again attack BA with regard to its tie-up with American Airlines which he calls “anti-competitive”, but also hinted that Virgin was not standing still, floating the idea of a link-up with another airline or even a sale.  Virgin Atlantic is 49% owned by Singapore Airlines. www.virgin-atlantic.com