London to get no more runways 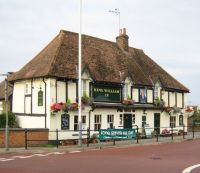 BAA AIRPORTS LTD has withdrawn its planning permission applications for a third runway at Heathrow and a second runway at Stansted.  In what could be seen as a sop to the new UK government these have been withdrawn before being forced to by Westminster.  It is now up to the coalition to come up with a proper airports’ policy, the idea of a Thames estuary international airline hub also being ruled out.  BAA will now be able to concentrate on the redevelopment of Heathrow Terminal 2, and hopefully seriously consider a dedicated high speed rail link to Stansted.  In an interview with the London Evening Standard new Transport Minister Philip Hammond confirmed that the bonus culture was very much still with us saying that he wants to end the "Heathrow hassle".  "It means that we pay the operator more when he makes the queues shorter," he said.  What he did not say was where the money was coming from, presumably once again from the traveller. www.baa.com