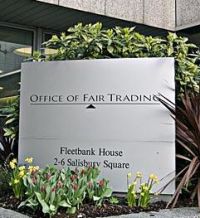 BRITISH AIRWAYS probably gave a huge sigh of relief at the highest level when a price-fixing trial collapsed last week.  Prosecuting lawyers said they would not be offering any evidence.  BA did not need another time consuming (and probably negative) public grilling with a strike looming and the Iberia merger to push through.  The case was dropped when the Office of Fair Trading (OFT) admitted it had failed to disclose key documents to the defence.  Virgin Atlantic, the whistle blower in the case and as such immune from prosecution, may well have been relieved too after it was admitted that the airline had increased its fuel surcharge before speaking to anyone from British Airways.  How all this affects class actions brought in the United States remains to be seen. British Airways in Court AERBT 10 May 2010