Tokyo US slots given 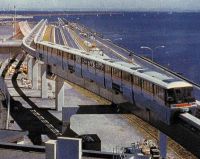 US AVIATION AUTHORITIES have tentatively awarded Delta Air Lines, Hawaiian Airlines and American Airlines four hotly contested daily slots at Tokyo’s Haneda airport, spurning efforts by United and Continental Airlines to gain greater access to Japan.  The Department of Transportation has allocated one slot to Hawaiian for a Honolulu-based service; two to Delta for services from Los Angeles and Detroit; and a single slot to American for a New York – Haneda route following a new open skies agreement between the countries.  Since the opening of the unpopular (40 miles from the capital) Narita all the airlines have fought for Haneda to be opened again for long haul flights.  This was part of the platform of the new Japanese government and will be implemented later this year.  What may have counted against United and Continental was their tie-up with ANA.  The airlines can appeal but time is short. www.dot.gov