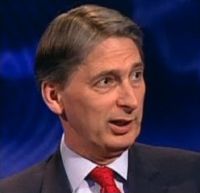 PHILIP HAMMOND (55) has made been made Secretary of State for Transport in the Cabinet of the new British Prime Minister David Cameron.  The Member of Parliament for Runnymede and Weybridge (on the Heathrow periphery, and which includes Brooklands, the spiritual home of both the British motor racing and aircraft industries) has built up a reputation as an articulate and effective Commons performer since being elected MP in 1997.  A former trade and industry spokesman his last position was as Shadow Chief Secretary to the Treasury.  Theresa Villiers, MP for Chipping Barnet, previously the Shadow Minister, and described as “not a friend of air travel” has now the junior position as Minister of State.  Norman Baker, MP for Lewes, comes in as Parliamentary Under-Secretary of State for Transport, formerly Shadow Secretary of State for Transport. www.dft.gov.uk/press/ministers