In spite of her limited public appearances, and always of an enquiring mind, Her Majesty the Queen visited the Paddington Elizabeth line station last Tuesday (17 May) to mark the completion of the transformational new railway ahead of its opening to passengers. 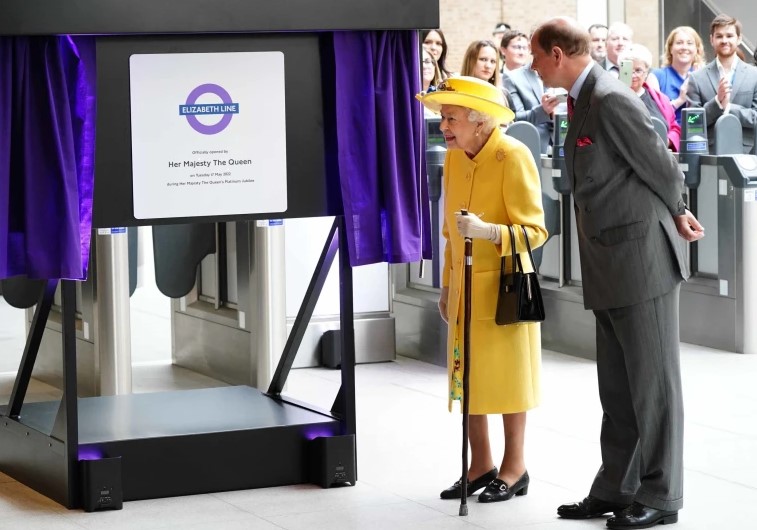 Originally called Crossrail, The Queen came to see the railway during its construction in 2016, renaming the project. This was built upon a long-held association between the Royal family and London's transport network. Her Majesty became the first reigning monarch to travel on the London Underground in 1969, when she launched the Victoria line, and officially opened London City Airport on 5 November 1987, which the new line passes by but does not stop.

Starting at 06:30 tomorrow (24 May) the Elizabeth line will operate 12 trains per hour between Paddington and Abbey Wood from Monday to Saturday 06:30 to 23:00. A special service will operate on Sunday 5 June for the Platinum Jubilee weekend. Services will run from approximately 08:00 to 22:00.

At present the crossover at Paddington includes a 5min walk and BTN recommends the much quicker Heathrow Express.

See also AND FINALLY in this week's BTN.

To my mind the extension of the new Northern Line extension to Battersea should have been noted in this piece. It works very well.¬