Queen Elizabeth to make the headlines?

The Department for Transport updated its guidance on domestic cruises during the coronavirus outbreak. 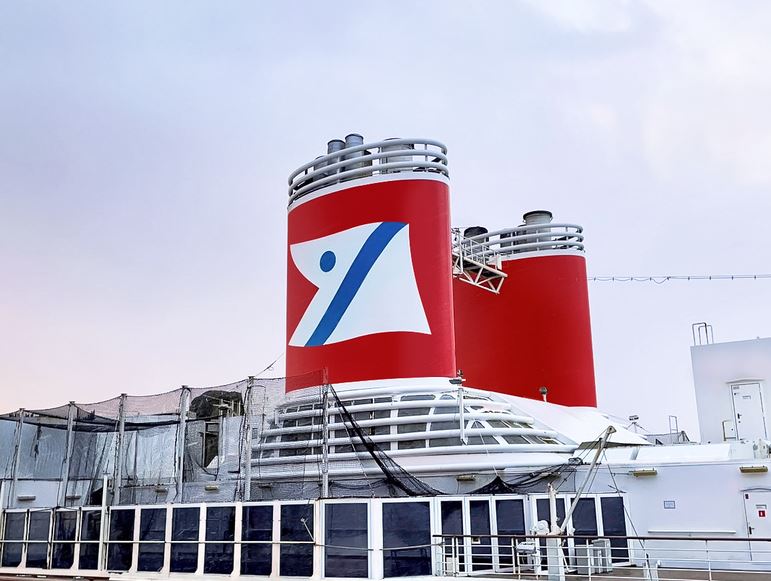 Seaborne holiday trips may operate beyond UK waters, but are restricted to English, Welsh and Northern Ireland port calls and carrying residents from the UK and the Common Travel Area (Jersey, Guernsey, Isle of Man and Ireland) only.

The roadmap stays in place until at least 19 July.  Until at least that point of time cruises can operate with up to 1,000 people or 50% capacity, whichever is lower. The capacity limit applies to passengers only.

This is particularly infuriating for cruise operators who were planning on a lifting of restrictions from 28 June and affects Cunard, Celebrity, Disney, Fred Olsen, Marella, P&O, Royal Caribbean, Saga and Viking.

Fred Olsen, P&O Cruises and MSC Cruises are among the lines which sold more staterooms in the expectation Covid rules would be eased.

"Due to the Government's extension of the passenger capacity limits placed on UK domestic cruises, we will have to ask a number of guests booked on Britannia's early UK sailings to change their holiday dates," a P&O Cruises spokesperson said but declined to say how many customers are affected.

"MSC Cruises regrets that a number of UK guests who have booked a cruise departing after 21 June but before 19 July may need to be assisted to rebook on a sailing departing after the restriction is removed," MSC said.  Fred Olsen has also offered clients to change dates and take longer cruises at no cost.

Each cruise company sets its own Covid-19 rules with most not allowing boarding for unvaccinated passengers, meaning that kids for the most part cannot travel and would also count for numbers at reduced revenue.  This will badly affect the very popular seaborne family holidays if is the case in late July and August.  MSC accepts vaccinated and unvaccinated passengers or partially vaccinated.  Guests must provide proof of a negative covid-19 test taken within 72hrs before departure.  Children aged 3 years+ are requireded to show proof of a negative test prior to embarkation.

Maiden voyages are planned by Fred Olsen with Borealis from Liverpool 5 July and P&O Iona, out of Southampton 7  August.

Cunard could be in for a PR bonanza on Monday 19 July when Queen Elizabeth is planned to depart Southampton on a four-night cruise,  the first post pandemic trip but only vaccinated clients.  No children unless the Government offers the jab to youngsters (under 18 as things stand) or the company changes its policy.

Scotland is still banning cruise ships from visiting its ports.

In a positive move the Home Office has confirmed that passports are not required although all cruise lines will require some form of passenger identity. See also Passport Update.

Fred Olsen have done the same and are being very generous. We have booked Borealis three night maiden voyage from Liverpool and are now being offered a four or a five day trip for the same price. A difficult decision?

I can understand the reluctance of the cruise lines not to take children at this stage. If they are restricted to 1000 guests why take some at a discount. MSC have overbooked in the hope the numbers allowed are increased and have been caught out. What is needed is for Government to allow ships to be 50% filled.

Rumour has it that P&O have managed to bring in 600 staff from India to service their ships this summer . Nothing wrong with that assuming they are Covid-19 OK but if the line has such strong government connections why not pursued Whitehall to allow the ships to sail 50% full. Social distancing on board of course including the theatres.

According to the BBC the government is unlikely to offer vaccine for children under 16 in the UK. All the cruise lines I have contacted say they have made their own rules and will not have unvaccinated persons on board (which means kids) except MSC whom I’ve not heard any reports from and I gather are overbooked due to the 1000 passenger rule. Cunard and P&O are missing out with out family business and should reconsider.