With the hope, and expectation, that border restrictions between Gibraltar and Spain will be lifted by the summer (and travel controls too) as reported in last week's BTN last week “editor at large” Jeff Mills takes a look at the 2.5sq mile “Rock”, the gateway to the Mediterranean.

You would have to be in a particularly romantic mood to call Gibraltar a beautiful place, though I am sure that for British sailors heading into the Mediterranean from some long and tedious patrol in far-off waters, it must have been a sight for sore eyes and beer-starved lips.

The Rock, for it really is little more than that, doesn’t simply sit in the sea just off the coast of southern Spain, to which it is attached by a narrow isthmus, it totally dominates the immediate vicinity. As though John Bull was standing guard with his arms folded, daring any foreigners to proceed beyond the border.

Gib has been British since 1713 when the Treaty of Utrecht ceded the Rock to the British crown “in perpetuity”.  Mind you that did not stop the Spanish trying a number of times to take it back. And they have not given up yet, even though today it is politicians rather than the military who engage in the skirmishes.

Gibraltar has seen more than its fair share of bloodshed over the centuries. In 1782 the British were forced to build the famous Great Siege Tunnels in one of their many battles with Spain. You can visit them to this day.

Nelson fought the Battle of Trafalgar from the deck of his flagship, HMS Victory, close to the Rock in 1805 and never lived to tell the tale, but it was in the 19th century that Gib really came into its own, as a vital staging post for ships trading with India. 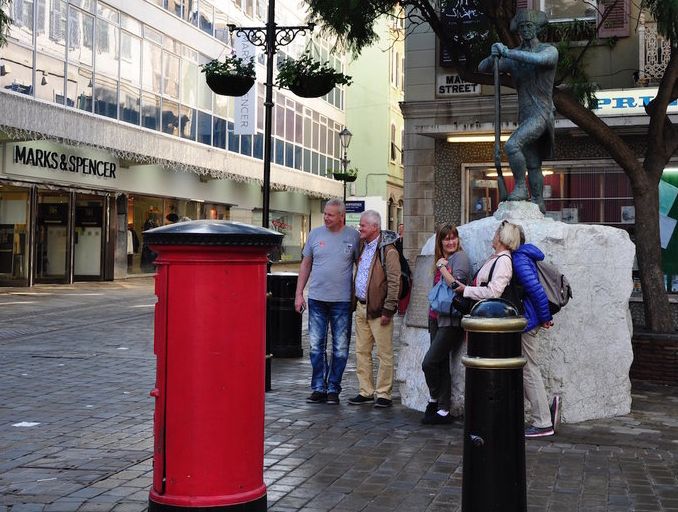 The Rock saw plenty of action during the Second World War, too, when it was the headquarters of naval fleet Force H, from where General Eisenhower planned and executed the North Africa landings in 1942.

Visit the Rock today and you simply cannot escape its history, there is evidence everywhere you look – roads hewn out of the rock by teams of British Army engineers, enormous iron rings once used to haul cannon up to vantage points at the peak, buildings once used as barracks for the very large garrison once based here.

Even now you are left in no doubt that Gibraltar is an active British military base, as well as a thriving tourist town. The naval dockyard is still there, though there are fewer ships in port now, and it is not unusual to come across the odd military parade.

Even away from the military installations you are left in no doubt that Gibraltar really is a part of Britain, a part which just happens to lie bathed in the sunshine off the Spanish coast.

Take a walk down the main street and familiar names will spring out at you at every step. Marks & Spencer heads the list of UK stores; the police are dressed exactly the same as their colleagues at home and the British-style pubs serve pub-style food, much of it of the chips with everything variety, in spite of the often soaring temperatures outside.

The warm weather and the ever-present towering rock above you aside, you could easily be forgiven for thinking you had never flown anywhere at all and were still in some UK county town, admittedly during the height of summer.

Go inside some of these shops, however, and stand by for a very pleasant surprise. Almost everything you will find on sale here, much of it exactly the same as you find in the UK, is much cheaper. Not only is Gibraltar one of Britain’s last remaining colonies, or to be more precise, British Overseas Territories, it must be one of the best-value places on earth to buy your booze, perfume and dozens of other luxury goods. And it seems to make very little difference whether you buy at the so-called duty-free shops at the airport or not, the whole place is virtually duty free.

Small wonder that the battalions of ex-pat Brits, who in normal non-Covid times spend their days sunning themselves at their villas just over the border in Spain, make the weekly trip to do their shopping here.

But it is not only the fact that Gibraltar is a tax-free home from home that encourages business travellers and holidaymakers alike to visit, there is plenty more to do than simply go shopping. The sightseeing may not be that extensive (but let’s not forget this is after all a small rock) what there is makes for quite a few interesting day trips.

Love them or hate them, you really should take a tour to the Upper Rock to see the famous Barbary Apes, which live in a semi-wild state. Do not get too close, though, they may look cute but they have been known to bite. 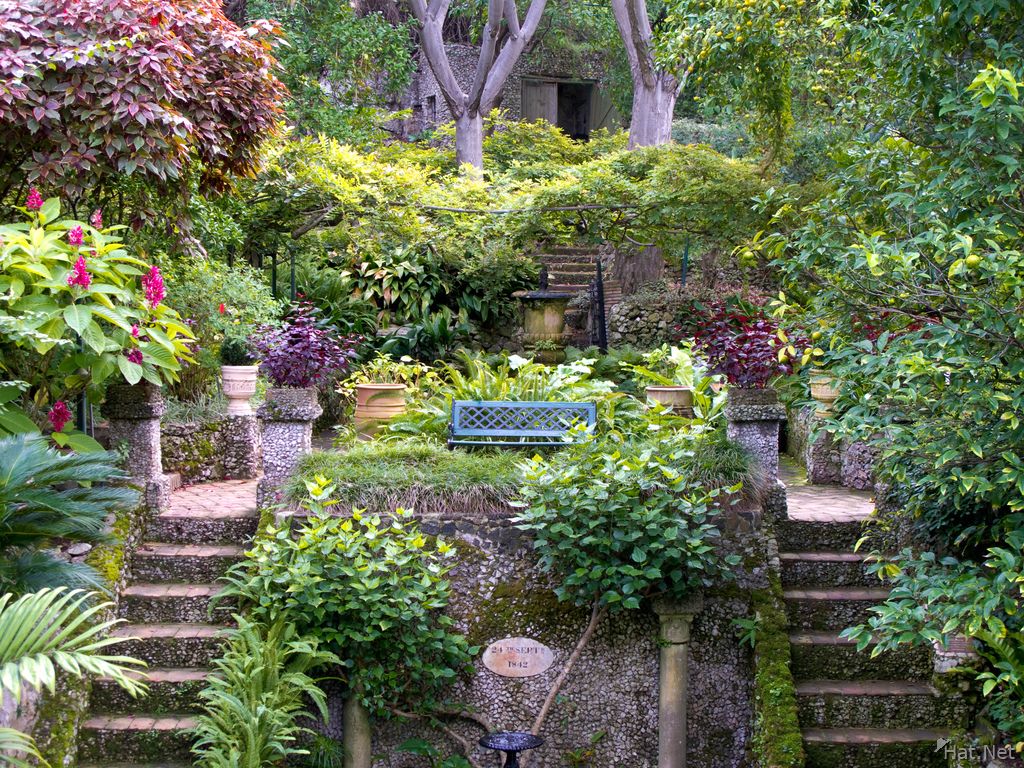 There is plenty of bird life up here, too, with frequent sightings of Griffon vultures, countless songbirds and even the odd stork as it migrates between Europe and Africa across the Strait of Gibraltar.

The Gibraltar Botanic Gardens, known locally as the Alameda Gardens, are worth a visit to see the large variety of plants and trees, some indigenous, some imported. St Michael’s Cave, a dramatic natural grotto, is a must see. If you are very lucky you may even be able to get hold of some tickets for one of the concerts or other live performances staged here.

For a snapshot of the Rock’s history make time for a visit to The Gibraltar Museum. Look out for what many believe to be the best example of a Moorish bath house, in the basement. And if you want to see some 17th century graffiti you will find it in the Great Siege Tunnels, which run for 30 miles through the Rock.

For all its hustle and bustle, in normal times at least, the reality is that many people you will see shopping in the streets, following the tourist trail and snapping pictures of the apes are day trippers who pile off the coaches from the popular Spanish resorts both up and down the coast, where the beaches are much better and there is a far wider choice of hotels. 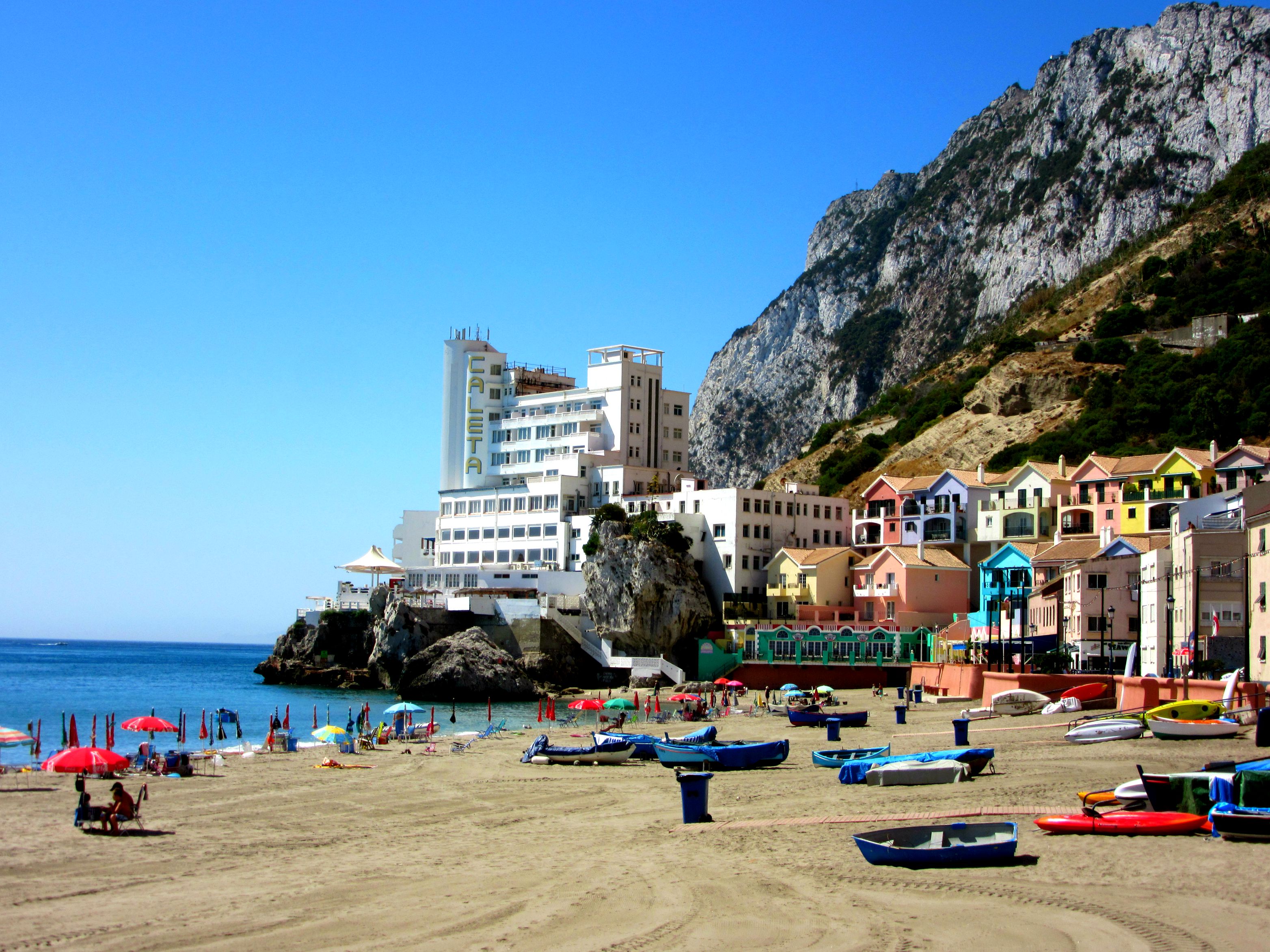 That said, an increasing number of people do choose to stay in Gib itself, though. There is a fairly limited selection of hotels, though one or two do stand out for the quality they offer.

Best known of the top establishments is probably the Rock Hotel, which has been playing host to visiting dignitaries and mainly business travellers for as long as anyone can remember. Or there is The Eliott Hotel, near the centre of town. The problem, at least if you are visiting Gibraltar on holiday, is that neither has a beach. There are, quite simply, very few of them around on the rock.

For a proper feeling that you are staying in a holiday resort rather than on the edge of some UK shopping centre, you are better off choosing the Caleta Hotel, which sports not only an outdoor swimming pool but direct access to its own, albeit small, sandy beach. 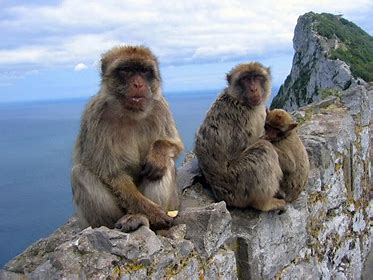 Just do not expect the kind of five-star accommodation and service you can find just over the border in Spain. But it’s still worth spending a few days in Gib before you cross Gibraltar airport’s runway, head for the border and the Spanish town of La Linea. It’s a great alternative gateway to the Costa del Sol.

The Caleta, just like Gibraltar itself, is homely rather than luxurious. But there’s little wrong with that for a few days.

At last the Spaniards have come to their senses. The opening of the border is great news for the locals, and for Gib residents too.