Next year will see a new leader at IATA, and a new host city/airline. 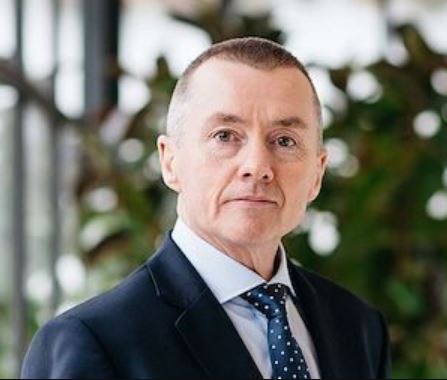 Willie Walsh, known for his abrasive manner when dealing with government, will replace the diplomatic Alexandre De Juniac as Chairman and Director General of the International Air Transport Association (IATA) on 1 April 2021.

In his acceptance speech at the Annual General Meeting of the airline trade body Mr Walsh made great play of the difference between himself and the man he succeeds regarding their pedigrees, Irish and French.  M Juniac’s predecessor, the urbane Tony Tyler, also gained an honourable mention.

It was announced that Boston will accommodate IATA 2021 June 27–29 with jetBlue and Robin Hayes acting as host.

The choice of USA’s most eastern major gateway confirms jetBlue’s seriousness in introducing Airbus A321 services from Europe, and London in particular, next summer.

IATA and its members are lucky that WW is available and willing. He was a very effective Board member of IATA when I was there, and Chair of its Strategy & Policy Committee. He always took an industry perspective, not a BA or IAG viewpoint, which wasn't always the case with all Board members. He's an airline man to his fingertips. Yes, he speaks his mind, very directly, but in a crisis there's nothing wrong with that.

Can I suggest if JetBlue has two pairs of slots at Stansted they should make one Boston and the other Kennedy.

Maybe IATA does need a shakeup? But is this the right time.

We will have to wait for Willie Walsh. But worth waiting for!

Who is going to replace Walsh in five years’ time assuming he lasts. O’Leary?. He is not even a member.

Walsh does seem an odd choice as his apparent lack of connectivity with the British Government when in charge of BA & IAG was obvious. IATA is a trade association and not a business with a bottom line.