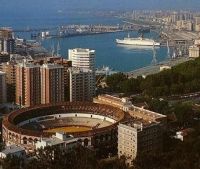 SKYSCANNER, the internet-based flight search engine,  has revealed Malaga as the most searched for flight destinations from the UK during February 2010, followed by Alicante, Tenerife and Faro.  Amsterdam moved up two places into 8th and Dublin jumps four to 9th, likely due to more people booking flights to Ireland for St Patrick’s Day.  Spain lost one of its top ten cities as Lanzarote slipped three points to 11th, but overall the country has the most destinations in the top 50 and remains the Brits’ most popular holiday spot.  Delhi saw the biggest rise in search popularity since January, climbing 12 places in the charts.  Las Vegas disappeared from the top 50 along with Johannesburg; despite World Cup football fever gripping the globe.  It is likely that most people travelling to the South Africa World Cup have now already booked. www.skyscanner.net