ON TOUR: Southampton to Exeter

Alison Chambers takes a look at two of the south coast's local airports and considers the future for regional aviation. 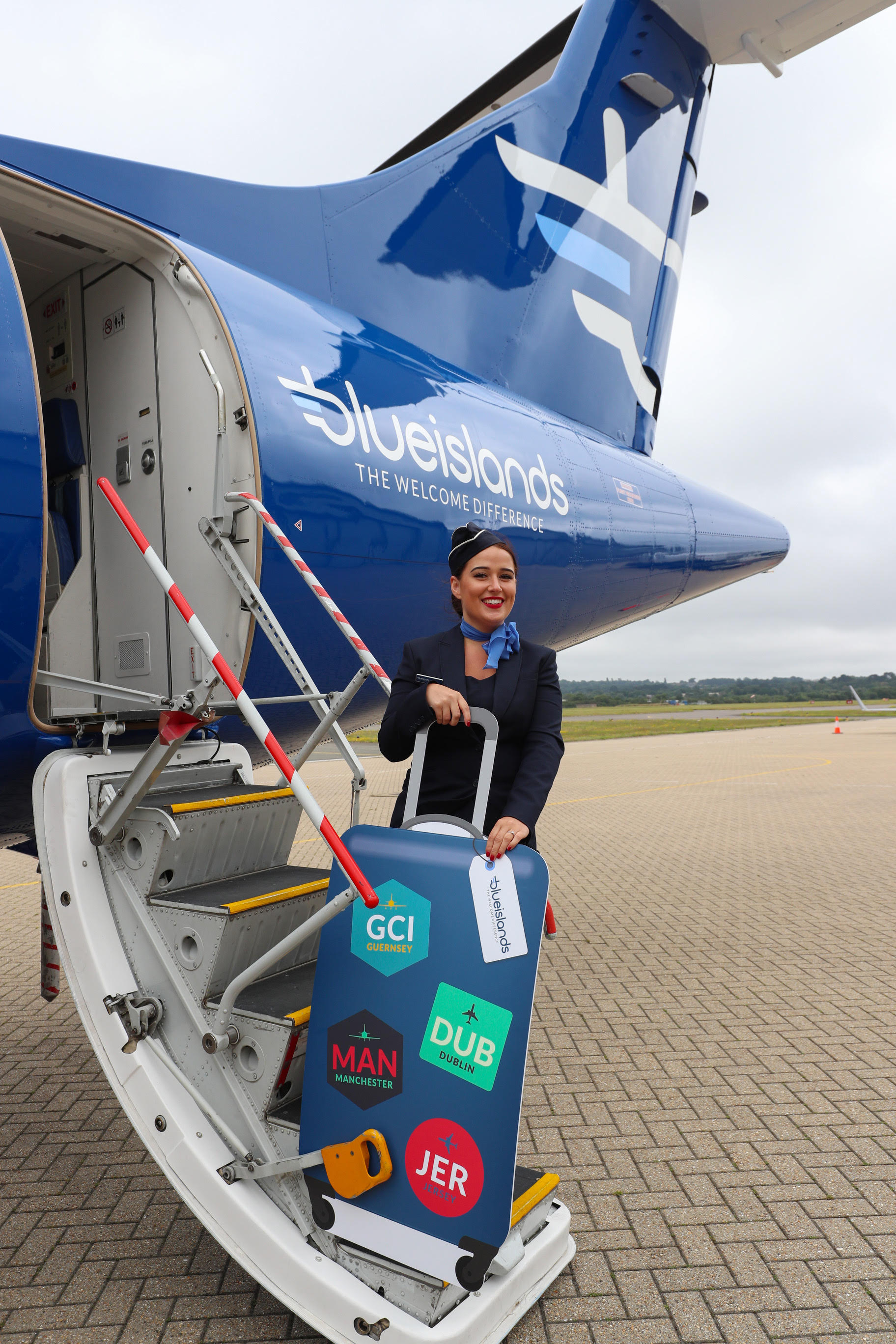 Little did I imagine my first airline trip of 2020 would be between Southampton and Exeter courtesy od Blue Islands airline.

I haven’t flown since Dubai late last year. Yet, here we were – 11 of us boarding an ATR72 in a sleek and convenient way – straight from Signature’s beautiful FBO. Hands sanitised, masks on – passengers and crew – socially distanced. This was cause for celebration. Not just to be flying again.  Moreover, this journey marked some green shoots of recovery. It was also a hugely successful collaboration between business and regional aviation, an interesting trend to watch when airport slots are now – plentiful.  Our travel was safe and cautious. We each had our temperature taken inside the Signature reception area and we wrote down our names before being invited into the lounge where we adhered to strict two metre distancing.

Both these airports are important because of collapsed airline Flybe dominance, accounting for over 93% of landing slots. Little wonder they have been among the worst hit since the demise of Europe’s largest regional carrier on 5 March, let alone other airlines hitting the pause button as a result of Covid-19.  As the Jersey airline Blue Islands has been in and out of Southampton since 2007, but it’s never had a base there. Its commitment to one initial based aircraft (then a second when the market picks up) is significant in that it will also generate 80 direct and indirect jobs.

For the past four years this 15-year old Channel Islands’ centric airline flew its five ATR aircraft in Flybe’s colours as a franchisee. When the Exeter-based airline went bankrupt it scrambled to create its own reservations system, booking engine and website. In addition to the Channel Islands of Jersey and Guernsey, Blue Islands, sparkling with its bold new blue and white identity, simple fare structure and enhanced inflight offering will serve Dublin and Manchester from the Southampton base, adding to restored and new services from Eastern and Loganair.

Exeter too, Flybe’s old home, gets an important daily link to Manchester from Blue Islands and an Edinburgh service from Loganair.

Matt Roach, Exeter Airport Managing Director, welcoming us at XLR’s FBO highlighted the importance of regional connectivity.  “It’s been a tough year for aviation and a tough year for Exeter Airport so we are delighted you are picking up these important routes,” he told Blue Islands Executive Director Paul Simmons, one time Commercial Director of Flybe, and previously easyJet.  Regular flights came back last week and the numbers were extremely strong, he said. Joining Matt was Steve Lilley head of route development who used to work with Simmons on the Flybe team. 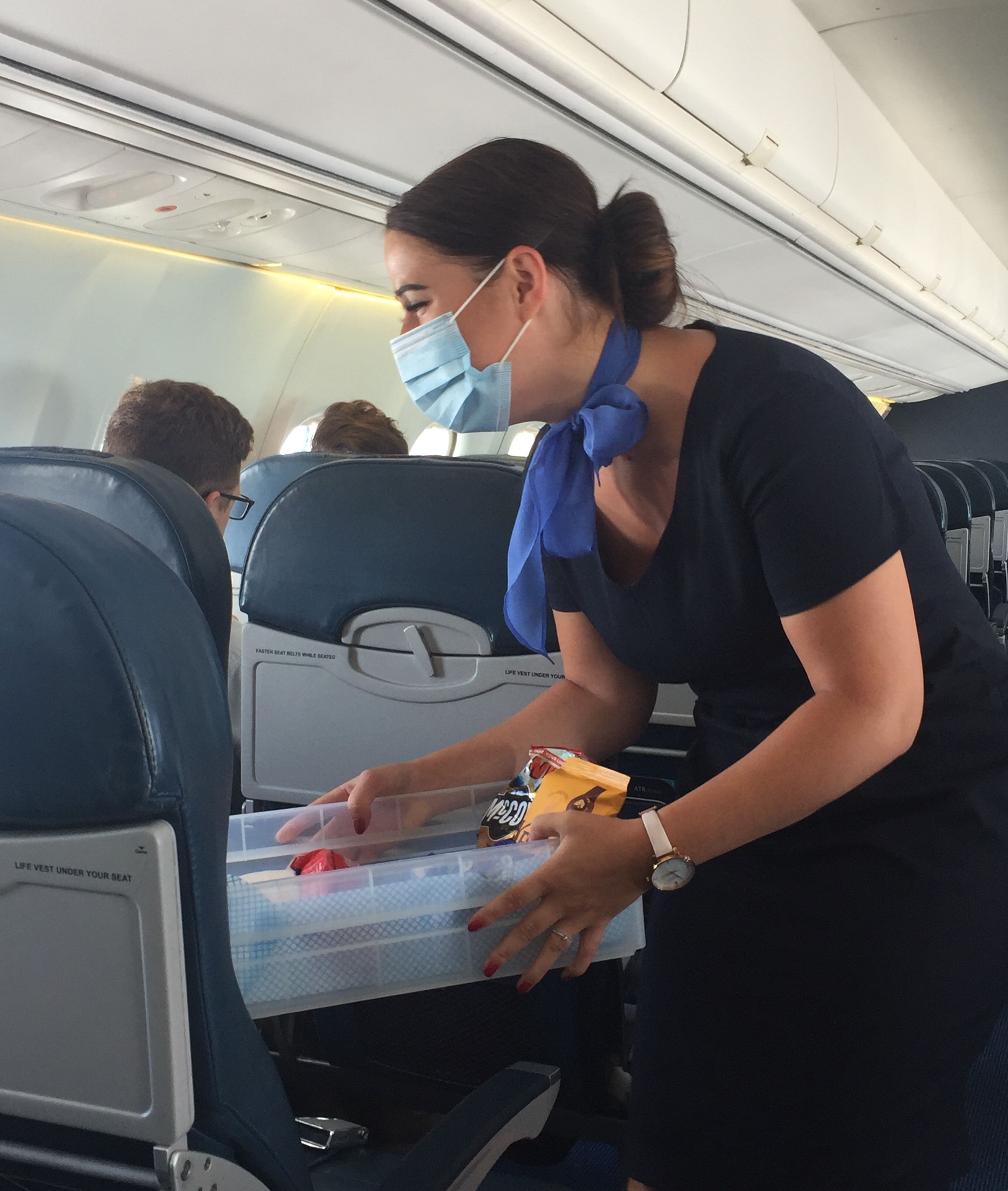 Blue Islands has been performing essential flights between Jersey and Southampton, plus its services to London’s Gatwick Airport (for the Government of Jersey).  Initial flights also carried workers for the Nightingale Hospital in Jersey as the Island prepared its response to the pandemic.

It also assisted in the facilitation of trial Covid-19 PCR swab tests for passengers at the airport in arrivals, so they don’t have to self-isolate for two weeks (if the test is negative).  Self-isolation is still required until the result comes through (about 48hr). Followed by tests on day four and seven.  “There’s no doubt the preparedness and clear success of these trials was crucial to the re-opening of Jersey’s borders,” said Blue Islands CEO Rob Veron.

There are just six UK regional airlines left now – Aurigny, Blue Islands, Cityflyer (owned by and flying as British Airways), Eastern Airways, Loganair and the Isle of Scilly Skybus.  Stobart too are a player from Dublin. They have big boots to fill and they would be wise to work with each other on regional connectivity as much as they can.   We don’t want another UK regional airline to fail.

In a welcome show of solidarity, a new codeshare partnership was agreed and announced between Loganair and Blue Islands last week, allowing passengers on both carriers to book flights in one booking on routes where they can interline.  It also saves on Air Passenger Duty (APD) charges. 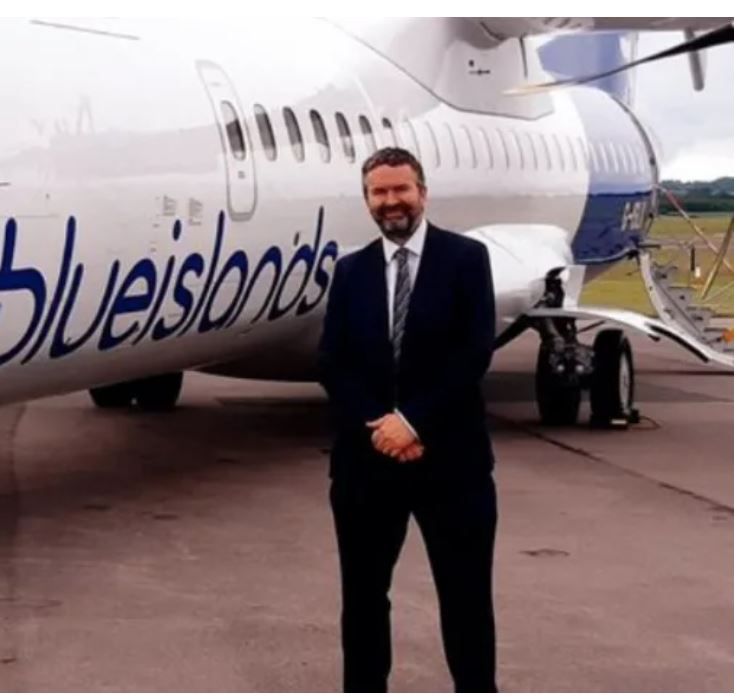 Likewise, Southampton and Exeter Airports will not want to be beholden to one big operator again.

Last week Southampton’s Operations Director, Steve Szalay, urged the local community and businesses to support a small runway extension "or risk losing thousands of jobs that are vital to the local economy’s recovery."  He is taking the opportunity to commence a second month-long public consultation on the planning application to enable a 164m runway extension within existing boundaries.

“If we don’t, the reality is that more than 2,000 jobs will be at risk,” he warned. (BTN understands the extra length of the runway will allow for the larger A321 aircraft enabling further afield longer-legged European routes).

“This is not about airport expansion, it is not about bigger planes,” Szalay insisted.  “It is about enabling us to use existing aircraft more efficiently and effectively and creating vital extra connectivity for the region.”

Just two days after that statement and with the airport back to full operating hours on 13 July, KLM announced it was restoring its daily Amsterdam flights with KLM CityHopper Embraer 175 jets.

The fact is, every UK airline, including British Airways, is going to be a smaller operation, post pandemic. If and when the Government does decide to look at the issue of slots, it would be very wise to ring-fence a percentage of them to support regional route development, including at Heathrow.  Anything is possible now.  As such, regional airports have a vital role to play in bolstering the economy, but they also have their work cut out in incentivising the airlines.

To quote the old European Regions Airline Association (ERA) tagline.“ You are closer to home by regional airline”.  You’re even closer by business aircraft (and closer still by helicopter) but our trip with Blue Islands demonstrated very effectively how these two dynamic sectors could feasibly collaborate. 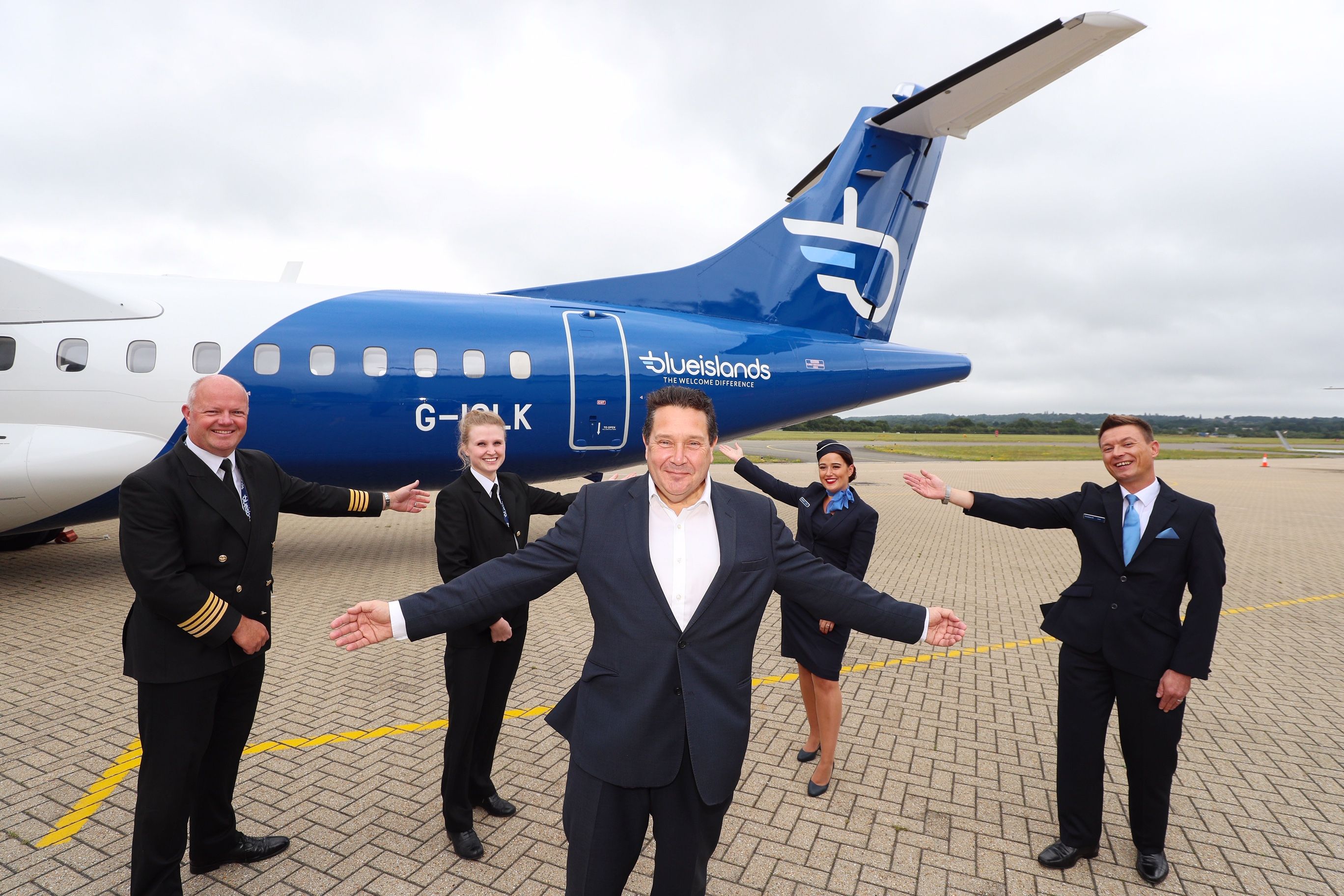 Alison, sounds like a real fun flight, as most regional services pre 9/11 used to be!