"Today is the day where across Europe the great aviation comeback commences," says Robert Sinclair. 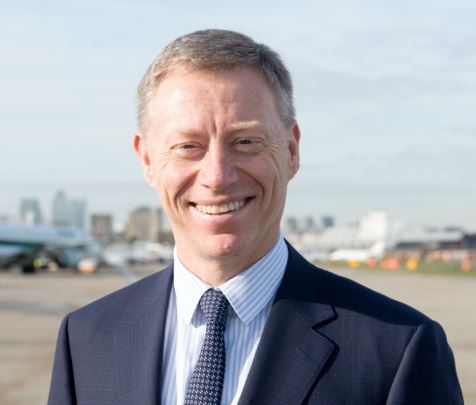 "Over the next week we will be seeing, albeit in reduced numbers, Europeans doing business or breaking the lockdown shackles and taking a well-earned break.

Over in Germany, our friends at Lufthansa will be connecting to 20 German and European destinations from Frankfurt and 34 from Munich. While I know there will be some flying from UK airports, it won’t be at the scale of what we will be seeing across the Channel and I wouldn’t mind betting that all of us, including much of the British public, will be envious.

We might be behind our European partners right now, and the challenges we are facing are substantial, but there are reasons to be optimistic.

Firstly, quarantine will not be with us much longer. Thanks to the sterling efforts of the industry, business partners and a huge number of parliamentarians, the issues with this policy have been identified and the impacts magnified. A Great British recovery cannot happen without the Great British aviation industry.

And I believe that is now obvious to the decision makers in government. It will also surely be reinforced by a stream of photographs across social media and newspapers that demonstrate that Brits are missing out.

My hope is that we start to see positive news this week about quarantine being eased, air bridges being formed with key countries and then ended altogether in July. An announcement like this from Government would help us and our airlines focus on the future, grow optimism and indicate to passengers, from the highest office in the land, that they can start to think globally again.

My second reason for optimism is that we now have health and safety guidelines that we can implement at our airports and on our aircraft. Many of us have been working closely with government to develop them, and they provide a reference point for us to build from.

We have already started to see changes being made across UK airports.

At London City, we are absolutely focussed on providing our passengers with reassurance. We want them to be certain that when they choose to fly from us that we will have their wellbeing at heart. Of course, we always have had, but it’s important to be even more vocal about it as we rebuild our industry. And we, like many other airports, will be producing more content so that passengers know what’s expected of them before they get to the airport.

Thirdly, while yes, elements of the travel experience have changed, others have not and there will be some continuity which will help passengers feel at ease. This will range from the great news that BA will be reintroducing onboard catering from tomorrow and that from London City you will still be able to get from our front doors to the gate lounge inside 20 minutes and be on your plane and in the air inside an hour. And we believe this offer, in the world we now find ourselves in, will be attractive as people start to make their travel choices.

The industry, as it has demonstrated through every crisis, has a brilliant ability to adapt to new realities and retain many of the elements which make us great. And it will be just as important to emphasise the latter as we look to encourage more passengers to return to the air.

My final reason to be optimistic is that we are gradually seeing more routes being announced and the resumption of services. We will open our doors again on 21 June, initially with an Isle of Man service, but from 6 July that will be complemented by Eastern starting a service to Teesside and Loganair commencing the Dundee route.

I am also very optimistic that they will be re-joined by staples of our Anglo-Irish route network including Edinburgh, Glasgow, and Dublin. As we look beyond the pandemic, I believe London City can play a central role in helping to rebuild that crucial regional network and be a key player in the Government’s levelling up agenda.

As well as those routes, I also hope to see the return of Amsterdam, plus a number of European leisure routes which will be more desirable than ever after almost three months of lockdown!

While it won’t be the route network or the frequencies we anticipated back in January, nevertheless, after some of the dark days we’ve had in this period, it very much seems like progress and the start of the march towards the new normal.

All we need now is the little matter of passengers deciding to fly again! But the more we can individually and collectively do to provide reassurance, and to normalise what’s new, I believe passengers will adapt and they will once again decide to spend their hard-earned money on seeing the world again".

A New Zealander and qualified chartered accountant and solicitor, Sinclair held a similar position at Bristol Airport from 2008, during which time it saw record growth in passenger numbers and profitability and successfully delivered a £160m development programme.  He had been previously Chief Financial Officer at Auckland International Airport and before that at UBS investment banking for 10 years.

The Editor would like to draw readers attention to Airlines and Airports – safer operations in this week's BTN, which Mr Sinclair has independently highlighted.

Cityflyer. Britain’s best airline. Abandoned! Can someone produce a cartoon?

What is BA up to at London City? It’s only rival Flybe goes bust and so it is solo on the Scottish routes and not a whimper from Swiss to Zurich, KLM to Amsterdam, and Lufthansa at Frankfurt. I hear that the Managing Director runs the airline from Manchester, and that was before the lockdown. The government are not helping. Passengers need to take the DLR to go into quarantine.

Does what Mr Sinclair have to say means that Cityflyer is dead? The airline has made good profits over the years, even if most people think they have been flying British Airways. A courtesy bar and sandwiches on the flights as well which, as he points out, Heathrow is now copying. Let us hope it is sold to investors with flair and imagination.