With the Home Secretary Priti Patel’s proposal for an incoming travellers’ 14-day quarantine now just seven days away the objection to her scheme is reaching a crescendo with senior ministers pushing to have it postponed indefinitely according to The Times. 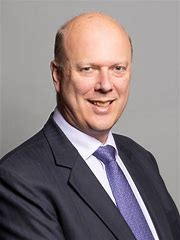 Alok Sharma, the Business Secretary, is also understood to have raised concerns about the long-term impact of the proposals if they are not quickly lifted.

Marc Bailey, Chief Executive of the British Business and General Aviation Association (BBGA) highlights in this issue of BTN the efforts of the general aviation sector in supporting the government efforts in attempting to deal with the pandemic, a message it will put to Aviation Minister Kelly Tolhurst on 2 June.

Headed by Henry Smith MP The Future of Aviation Group has been established as another lobby in the campaign (see in this week’s BTN).

Another influential MP advocating a review of the arrangements is Sir Graham Brady, Chairman of the 1922 Tory backbenchers committee.  He followed the lines initially advocated by Transport Secretary Grant Shapps suggesting rapid testing and ‘air bridges’ to enable quarantine-free travel to and from countries with low levels of infection.

The Airport Operators Association (AOA) and Airlines UK have put forward a series of guidelines which it hopes will form the basis of a way forward with the Home Office.

In the main, the UK commercial aviation sector (airports and airlines represented through AOA and AUK) are aligned on the public health measures that would be practical in an aviation context and mitigate the risk of infection to a certain degree. This includes agreement on pre-check-in procedures, cleaning standards, the applicability of social distancing, the uncertain medical efficacy of temperature testing, airport retail operations, onboard concerns, and measures for arriving passengers, amongst others. Outlined below are areas with outstanding issues:

There remains disagreement as to what extent a form of face covering should be mandated in airport terminals and onboard, or strongly recommended. Industry accepts the position that in order to keep passengers safe in areas where social distancing is not practicable, other layers of mitigation, such as mandatory face masks could be needed. There are outstanding questions as to how a mandatory policy would be enforced by airports and airlines and the liabilities this could generate. There is also a concern that a mandatory policy could be seen as inconsistent with current guidance for public transport. Clarity and further discussion needed on UK position on gloves, their efficacy in stopping the spread of Covid-19 and the viability of mass-usage of gloves in aviation.

Enforcement/Resolution of contraventions to health measures

There needs to be clear understanding and a solid legal basis for the enforcement of any public health measures introduced to UK aviation. This thinking applies to example situations such as: a passenger refuses to wear a facemask when mandated; a passenger shows up for their flight despite indicating Covid-19 symptoms on their pre-flight health questionnaire; or, if introduced, a passenger presents a temperature above the threshold. Clear resolution processes for airports, airlines and Border Force would need to be set out in guidance and have a strong legal footing.

Is there a role for the CAA in auditing/supervising and providing quality assurance on the approach on airports and airlines to health measure implementation? This could help to boost public confidence in the measures that have been adopted. Regardless, a formal policy review cycle, run at regular intervals, would help to incorporate best practice and learning from implementation of the guidance.

The original DfT long-list included the provision of isolation rooms at every stage of the passenger journey. UK airports are clear that this is in no way feasible or operationally possible. While airports can commit to having, at a minimum, one isolation room available, the more pressing issue is why further provision of isolation areas is necessary. The process by which a symptomatic passenger is resolved should be a simple one: either denied flying and sent home to isolate or not. Testing would not be possible within the timeframe of a person’s visit to the airport, and larger-scale testing of symptomatic departing passengers would have a severe impact on operational constraints.

The intention should be to reduce the amount of time any passenger would have to isolate onsite at an airport for.

See also ON THE SOAPBOX in this week's BTN.

Living on a small island I would have happily got on an aircraft once schedules returned, however I have no intention or travelling in a mandatory irritable face mask / gloves, however short or long the flight, and whilst coming from the Channel Islands into the UK we have quarantine exemption, I'll wait thanks until the flight can be an enjoyable part of the journey again, however long this may be

There does seem to be a number of lobby groups but is anyone listening?