ON TOUR – Singapore and Changi rail

Singapore Airlines and Changi Airport again took the Skytrax award as the world’s best airport as reported in last week's BTN.  However we commented in running the story that access was less than perfect.  Just before the current crisis our railway expert Andrew Sharp went to have a look at what is planned for the future with regard to the new Terminal 5. 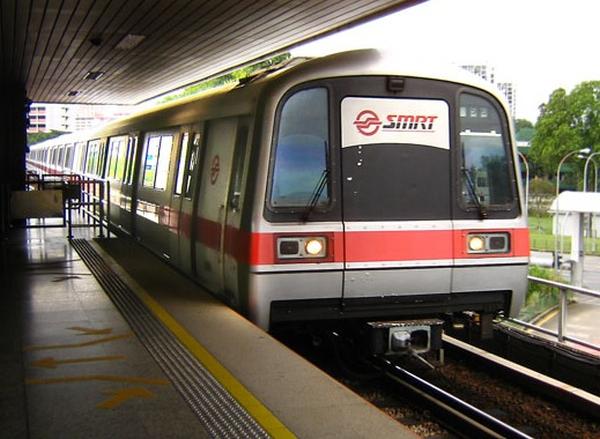 There is a metro station underneath terminals 2 and 3, with exits at each end well signed for the different terminals. It is on a branch off the East-West Line. Trains from there make two stops – at Expo (for the Downtown Line) and Tanah Merah (for the main East West Line for the city centre). Interchange at Tanah Merah is excellent – train doors open on both sides and you just walk across the platform to board an eastbound or westbound train. This works in both directions: the infrastructure with flying junctions is spectacular, and the overall journey to the city centre takes under half an hour. (But at the interchange you still have to get up and with your luggage cross to the other train – Editor.)

The interchange at Expo Station is less good: it necessitates use of three escalators, not recommended for air passengers with luggage. But the fact that passengers know they have to change trains for the city centre and there are announcements to ‘Change for the Downtown Line’ on the approach to Expo can confuse many – especially American visitors.

When the airport branch opened in early 2002, there were through trains to the city – indeed, those for the airport line had special luggage racks fitted for air passengers. There were also plans for platform-level check-in at both ends of the airport station. 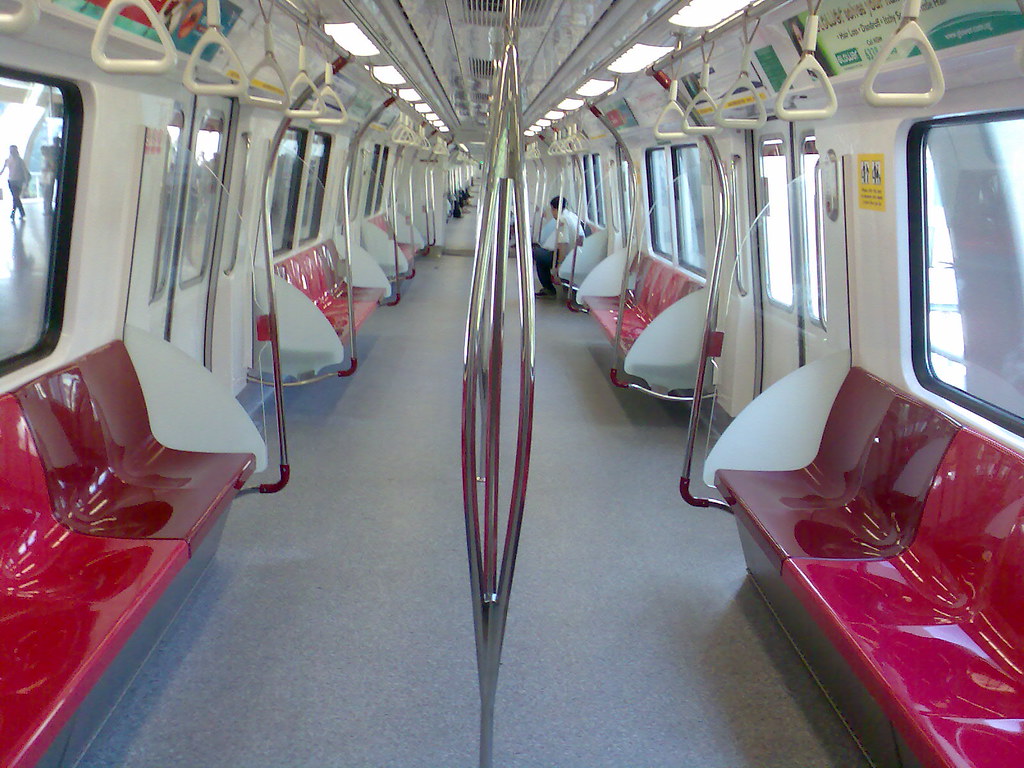 Check-in never operated, and direct trains to the city and the luggage stacks only lasted 18 months. Apparently demand was too low. (The Paddington check-in at Heathrow was a failure too – Editor.)

A few years later there were plans for the airport branch to continue beyond the airport, and to loop back to the city centre on a new route serving the centre of the island rather than the south as the East-West Line does. These plans were reinforced in 2013 by the decision to build Terminal 5, which would double the capacity of the airport.

Construction of the 43km Thomson – East Coast Line began with, three years later, a firm commitment for it to serve the new terminal. There were also plans for another line, the limited-stop Cross Island Line, to connect the airport (in the east of the island) with the planned high-speed line between Singapore and Kuala Lumpur (the terminus for this line would be in the west).

Terminal 5 – branded as Changi East – is set to open in stages from the early 2030s: the new railway should open by 2024. By 2040, it will take over the existing airport branch so trains will run from Tanah Merah to the existing terminals, on to Terminal 5 and then loop round to run to the city centre. 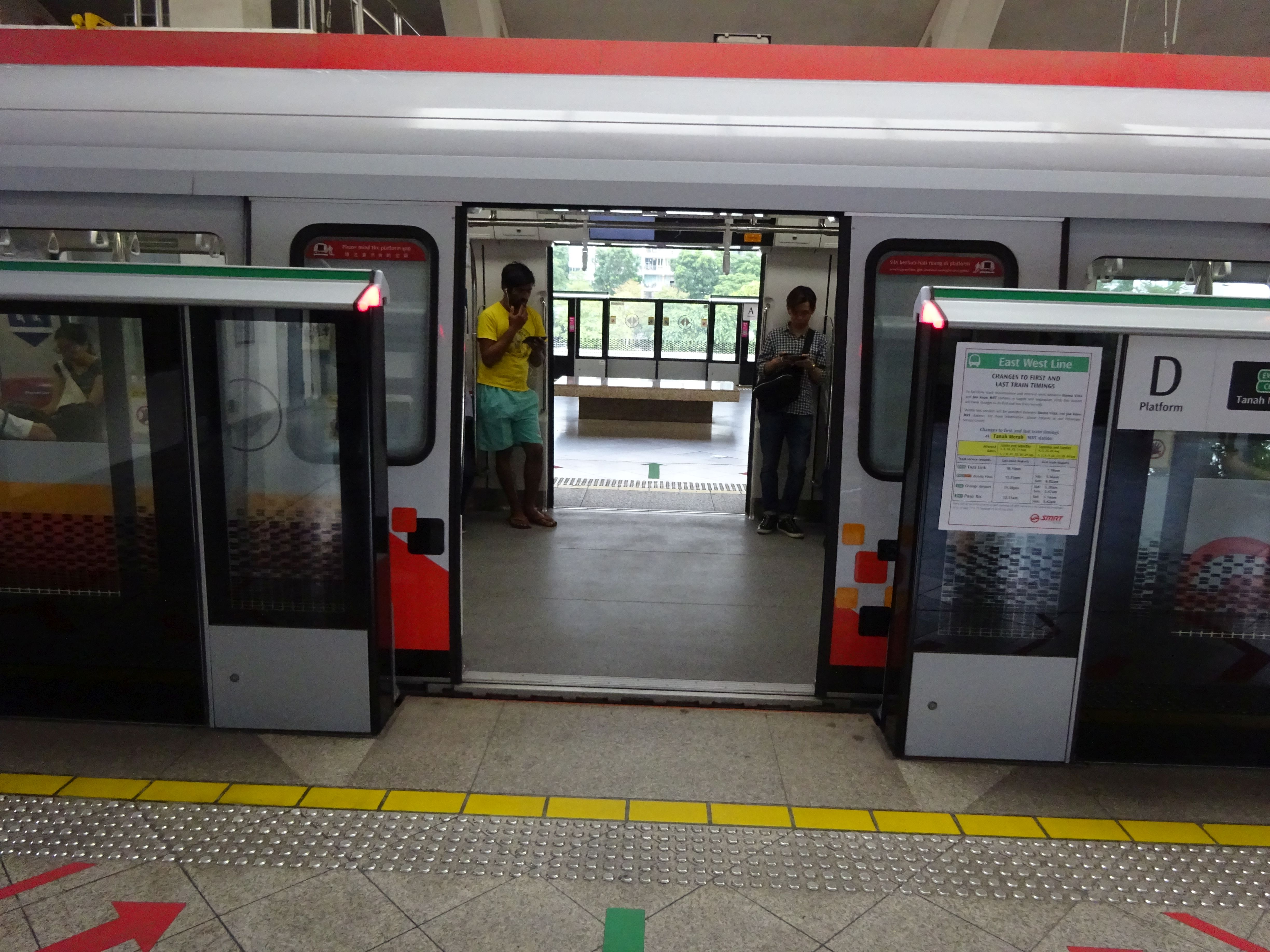 The island has a good network of well-used subway lines: some of these (and the Thomson – East Coast Line, the first part of which opened last year, is one) are driverless and fully automated.

Trains are clean but a bit spartan, with seats under and parallel to the windows. Some cars have sections with no seats – just a lot of standing space.

However, information about getting to stations is given geographically by line of route – so if you are searching for a particular station you have to look at a lot of lists! At many stations, there is good interchange to local buses or the short light rail lines (and on one of these, running close to apartment blocks, train windows automatically blank out as the train approaches to protect residents’ privacy). There is also interchange to the cable car and monorail systems serving the resort area of Sentosa Island, where there was a historic first-ever meeting between Presidents Trump and Kim Jong-un in 2018.

Changi is a fine example of airline/airport/railway integration but it is not perfect.  Amsterdam is far better with city trains, domestic and a long list of direct continental destinations.  Heathrow to central London is very good, and likewise Charles de Gaulle to Paris.  By 2024 getting to Singapore City will be better.  We do hope so! 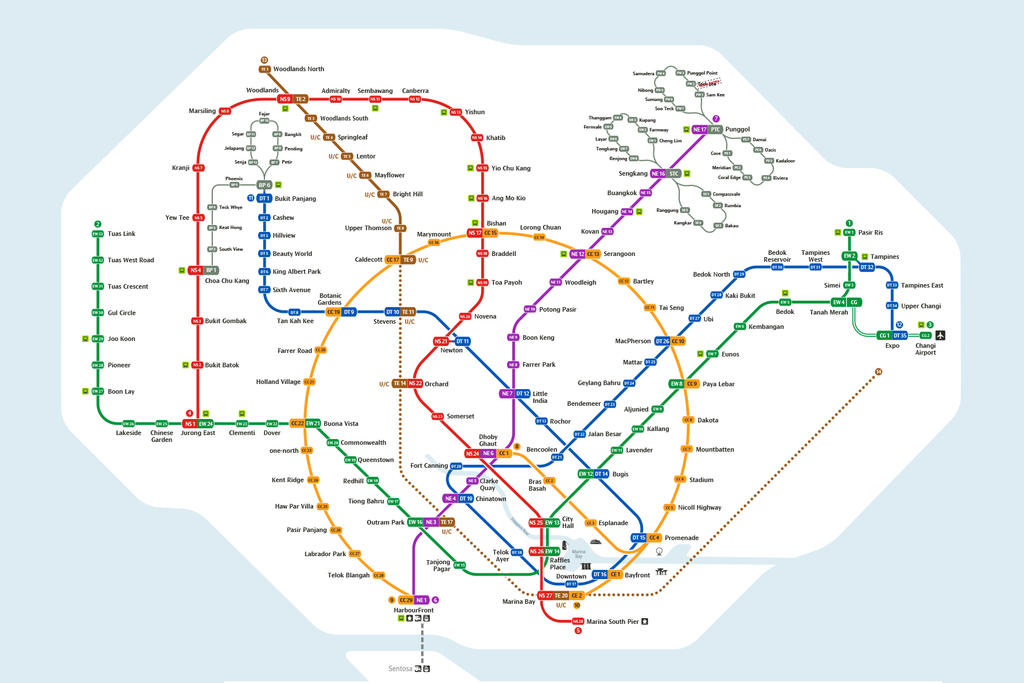